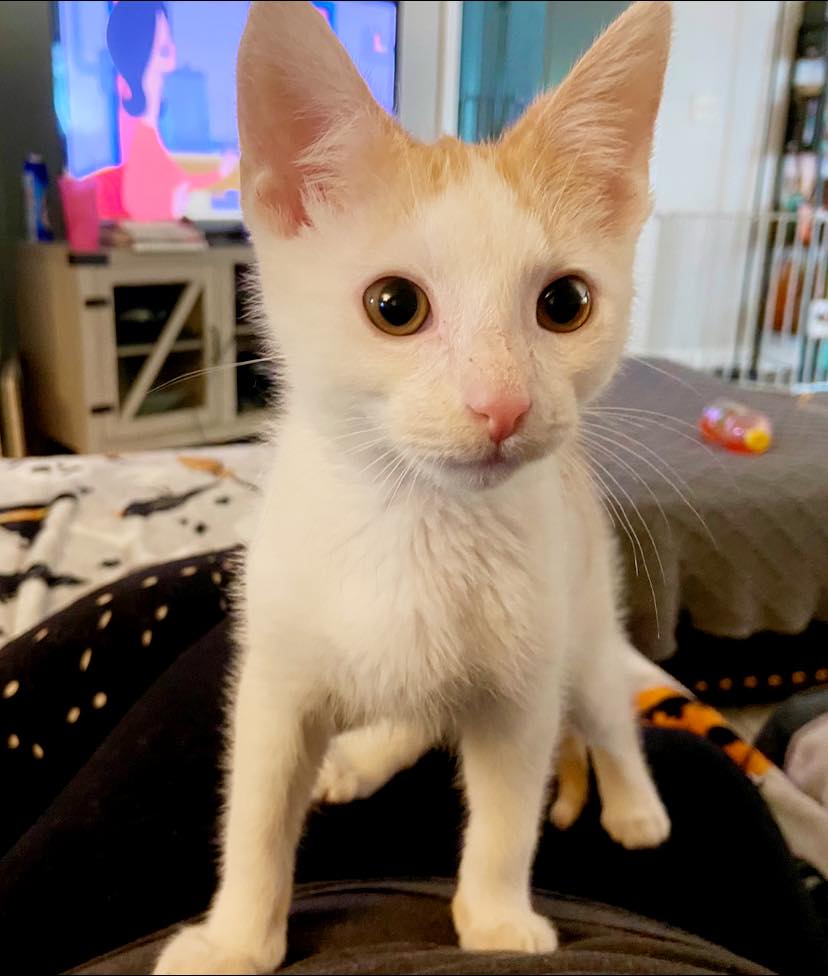 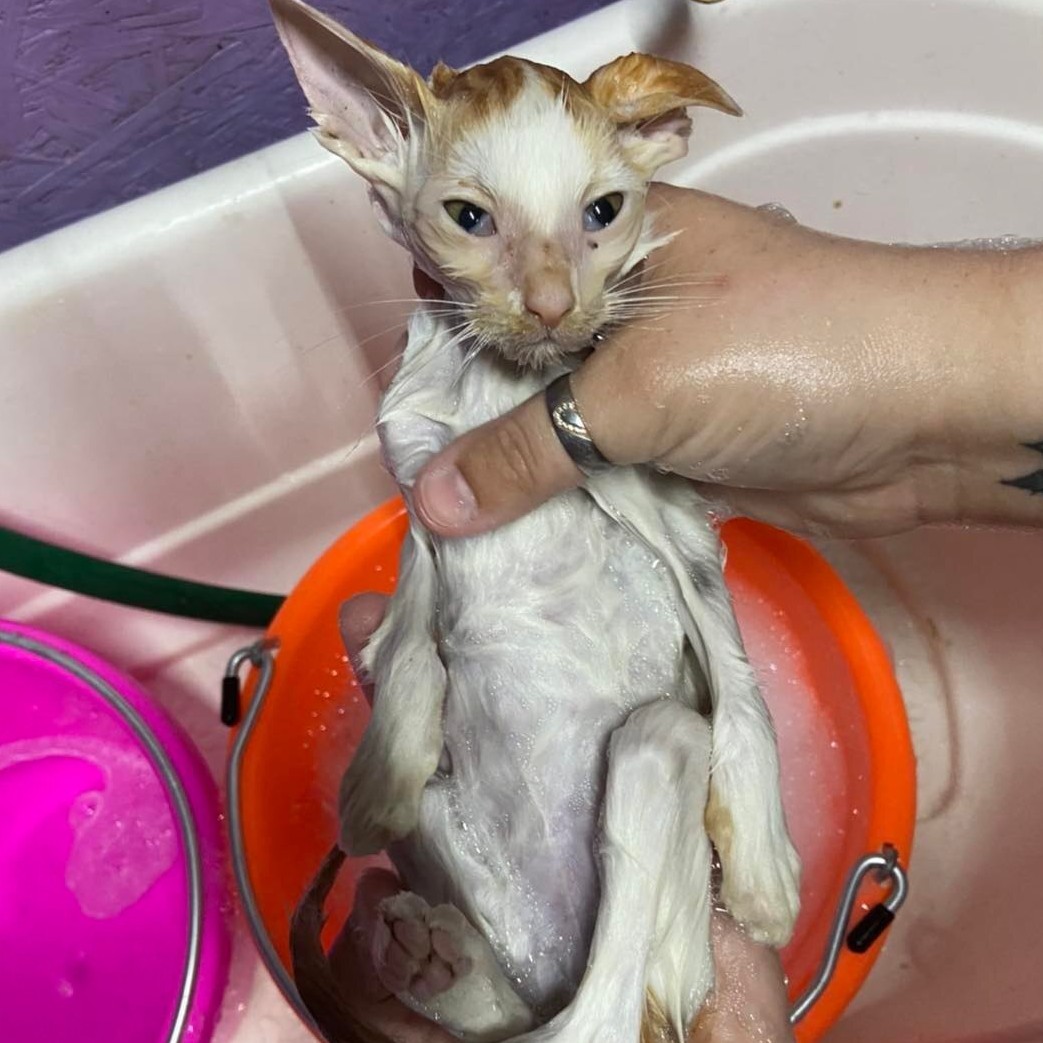 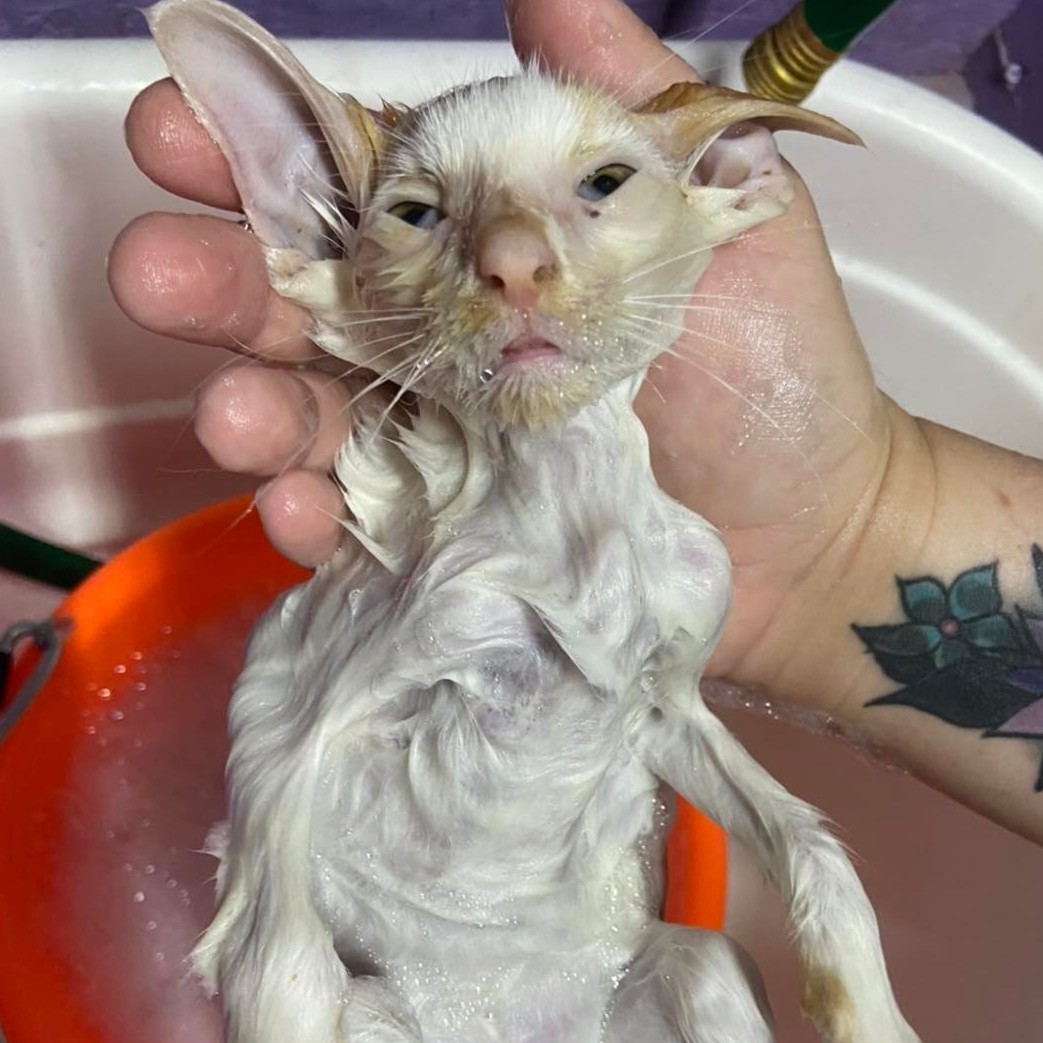 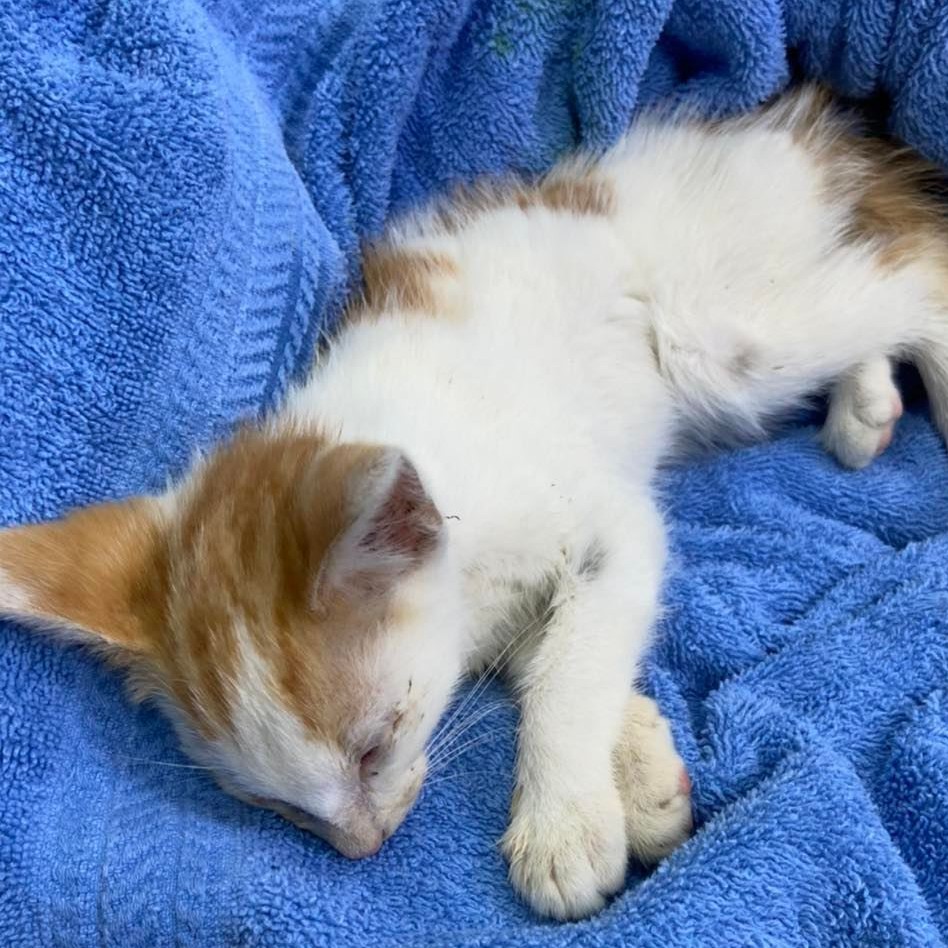 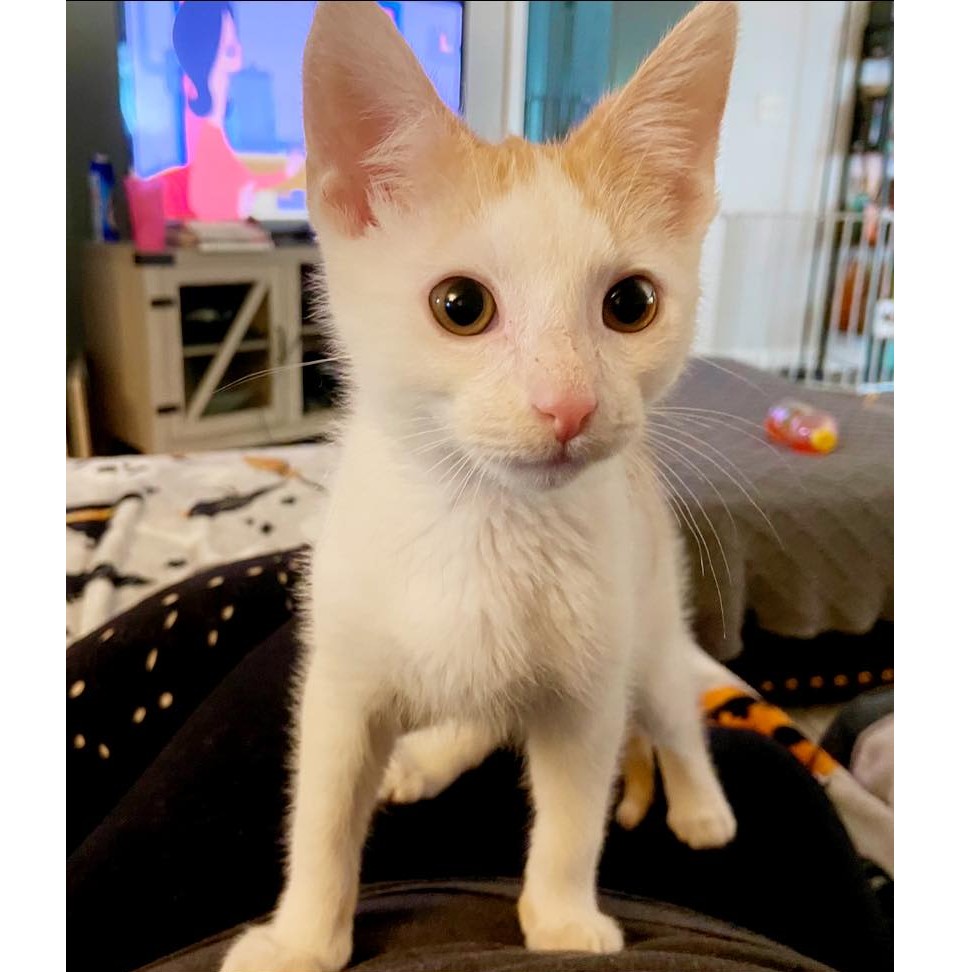 "Baby Taco’s life was flashing before his eyes as hundreds of fleas swarmed his tiny body, sucking the life right out of him, and making his future uncertain.

Although we don’t know the story of Taco, we do know that he is a fighter. Many kittens of his age and his size would not have survived the cruel streets as this brave boy did. Thankfully, he was found just past our shelter gate and brought to our care, barely alive. He was emaciated, covered in fleas and flea dirt has green discharge coming from his eyes, and white gums, and was extremely lethargic."...

Look at this transformation! This poor boy was literally kissing death when he entered our care, but now he is happy and totally thriving! It wasn't an easy journey for this poor boy, but he showed us all what fight he had in pulling through against all odds.

The first few weeks were scary, he was going in and out when it comes to his vitals and his upper respiratory infection was wreaking havoc on his small, and fragile body. But, after those few weeks, he began taking a quick turn for the better!

A crucial part of this boy's recovery was your incredible generosity! We were able to make sure he received all the care his body required which allowed him to focus on healing. He was able to recover in an amazing foster home AND they loved him so much that they decided to keep him! What an amazing ending to his story with us, but an incredible beginning of a new story with his family.

Thank you so much for your continued generosity and support! And, a HUGE shout out to CUDDLY for allowing us to get his story out there. We are incredibly grateful.