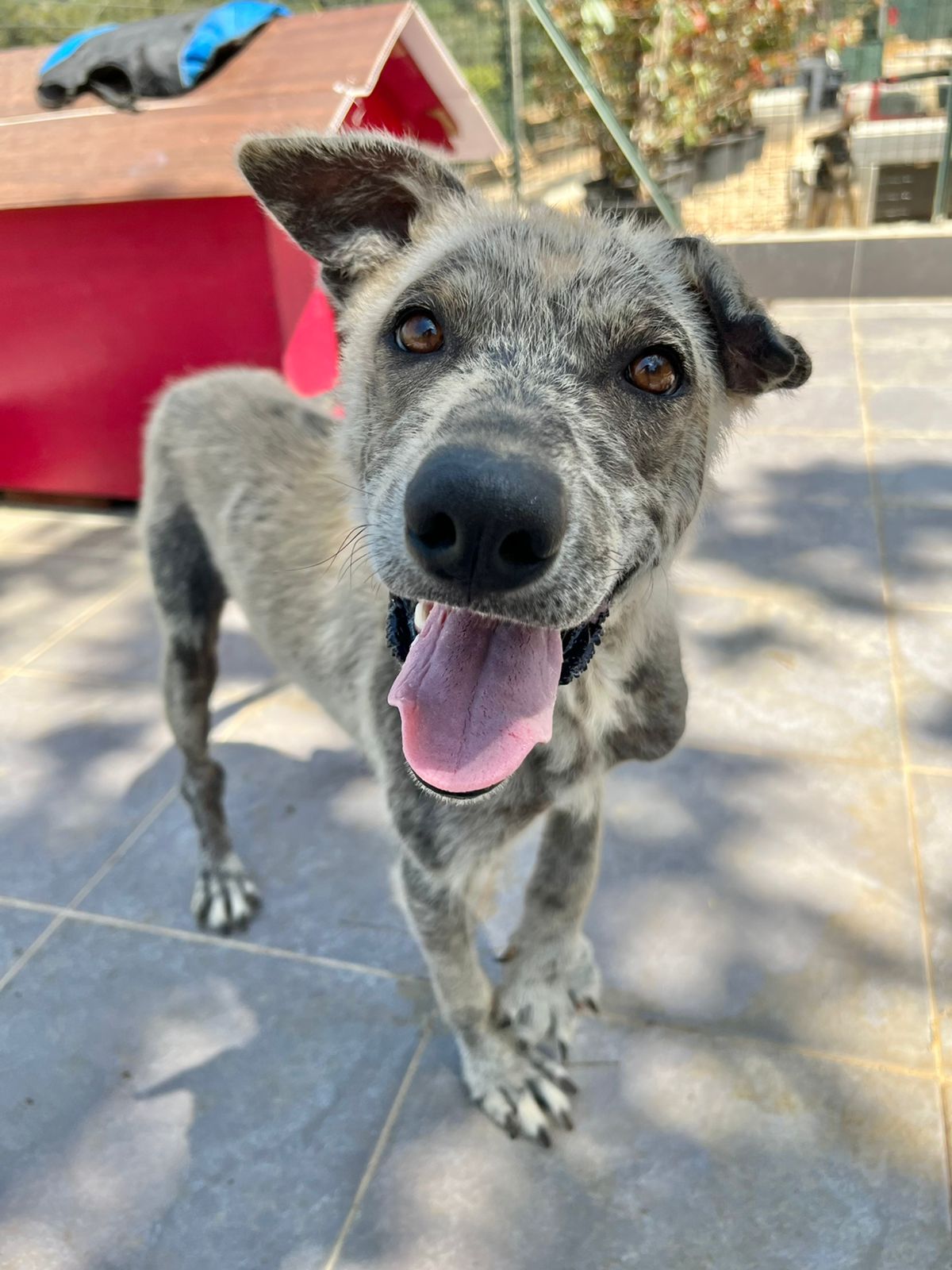 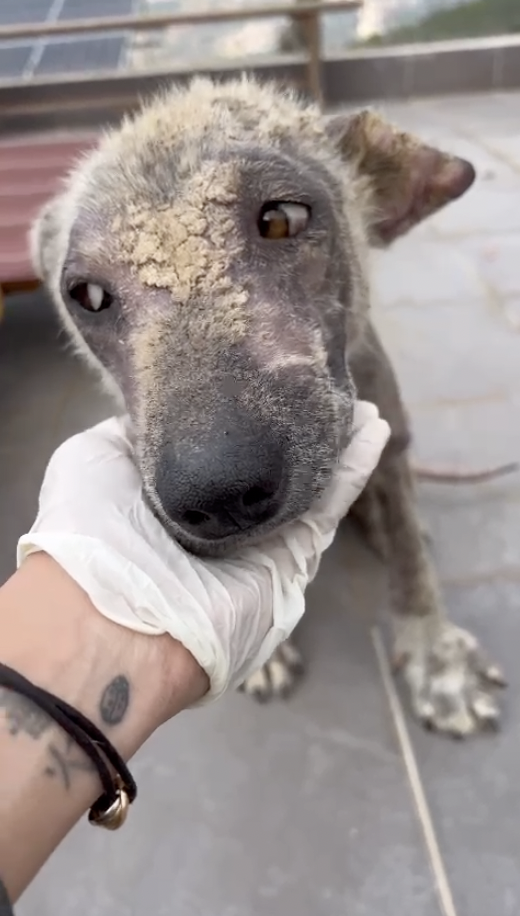 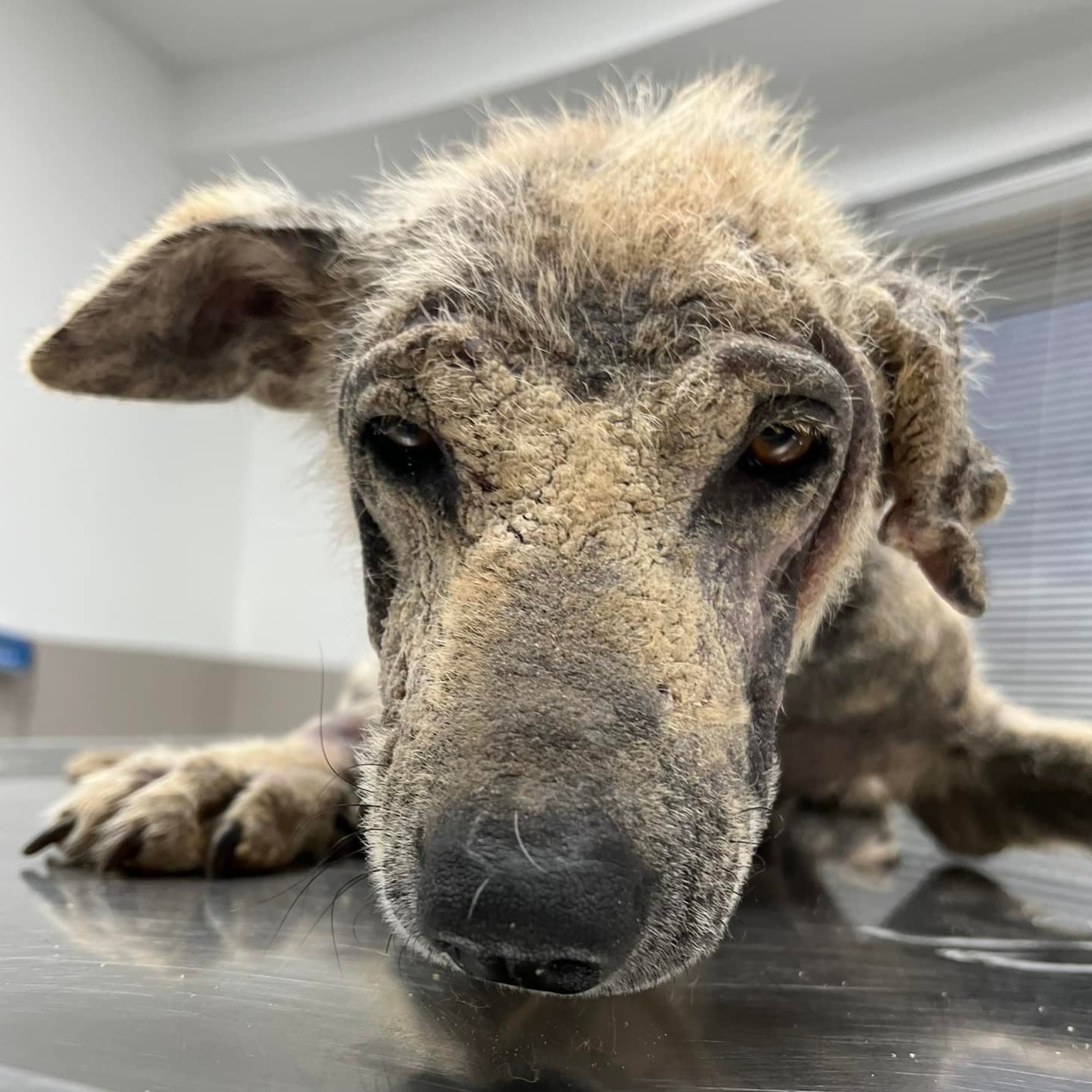 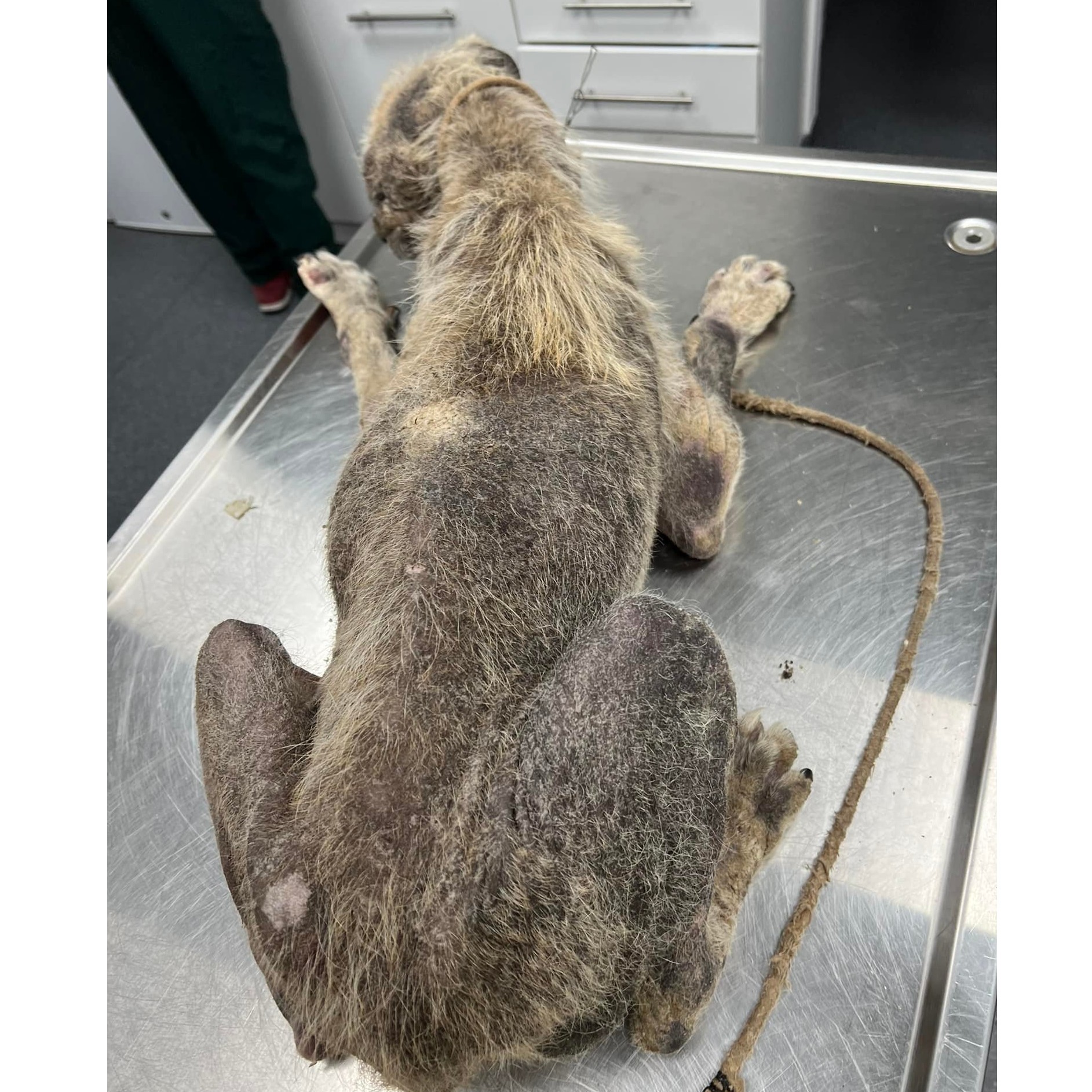 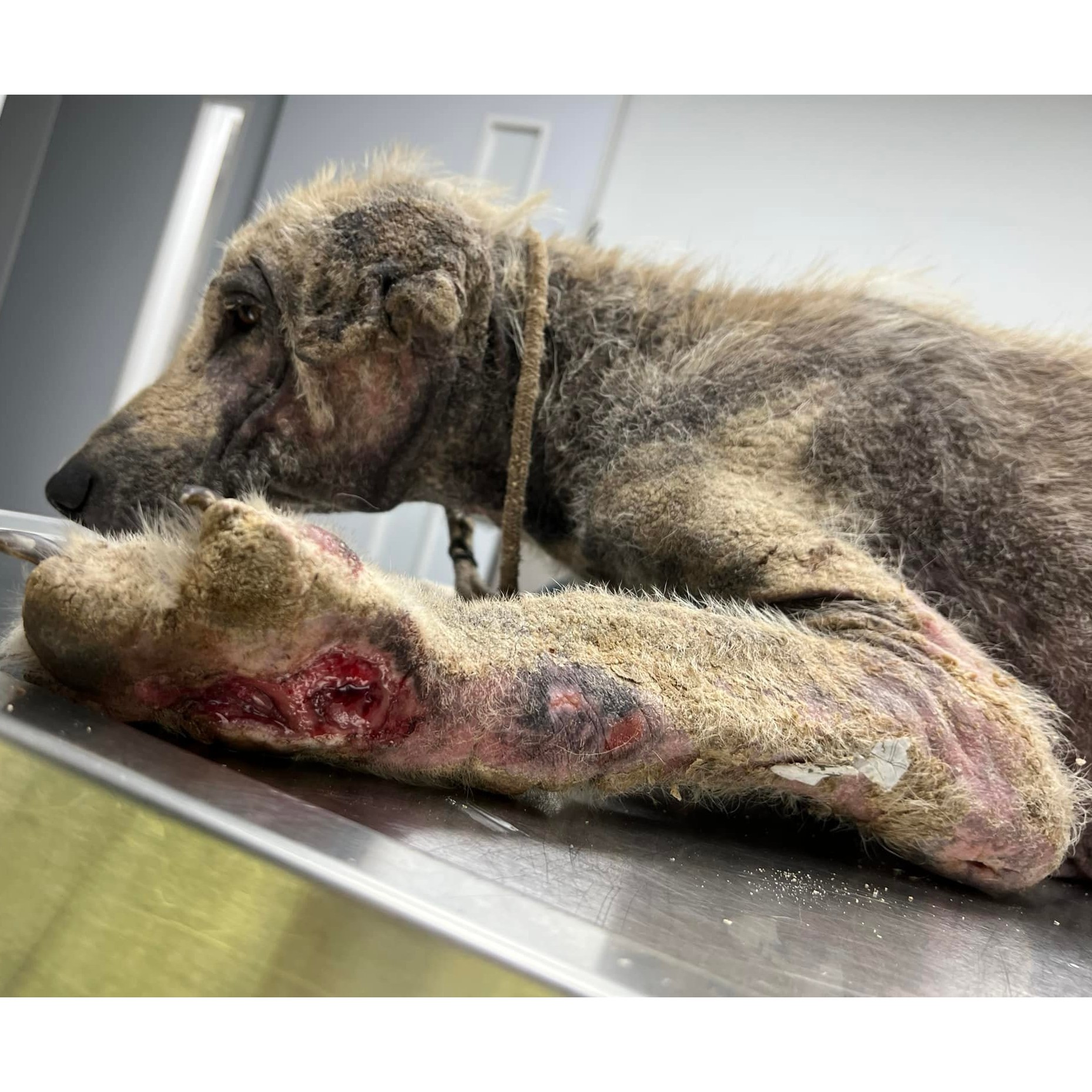 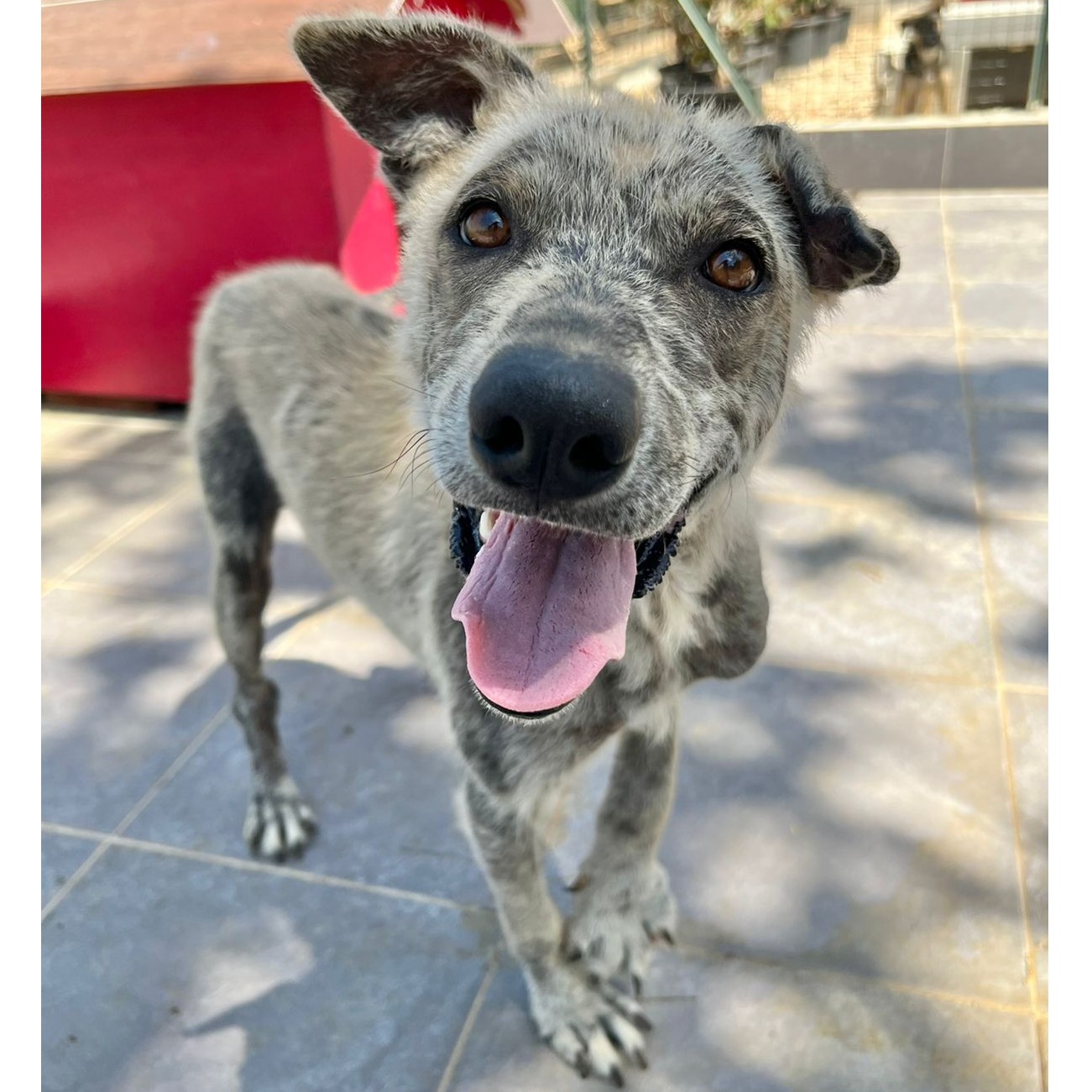 "Jaelyn was reported to us and rescued from the Saadiyat area. She was seen by many, judged for her physical appearance, and overlooked for weeks before finally being reported. Apart from her obvious skin condition, Jaelyn is barely able to stand due to an open and very severe wound to her front paw.

She was transported to the vet where she underwent all necessary tests and exams. Jaelyn suffers from Sarcoptic mange, more commonly known as scabies, a highly contagious skin parasite. We also discovered that her mangled paw is an old injury - time was not on her side. Due to this, once she regains a little weight, and strength and her skin condition clears up, her only option will be to undergo amputation surgery for her paw."...

We can't imagine what it was like to be tossed aside by society. To be suffering so horribly, and instead of help, you were given disgusted looks. That WAS Jaelyn's story, but now, she is experiencing how life should have been all along!

Due to her severe mange, she had to stay in quarantine for quite some time. We would go in frequently with protective gear on and give her a ton of attention. She began to thrive as she realized that she was being cared for, and her skin finally stopped giving her so much trouble. It is so incredible to watch pups blossom as they receive care that they should have had all along!

Finally, the amazing day came when she could come out of quarantine. She was jumping for joy! We realized we don't believe that Jaelyn has ever been a pet, or ever had a hug. Now, she gets that attention ALL the time and she absolutely loves it. She loves playing with other dogs in our rescue, and now that she is feeling better we are able to schedule the surgery for her paw!

Your generosity made this happen! We are so thankful for your kindness and willingness to help Jaelyn start her life again. We raised over 75% of her financial goal, and we were sent an incredible amount of goodies for her. She is feeling so loved and spoiled! Thank you, thank you, thank you!

We also want to thank CUDDLY for providing a platform that allows us to get her story out there!