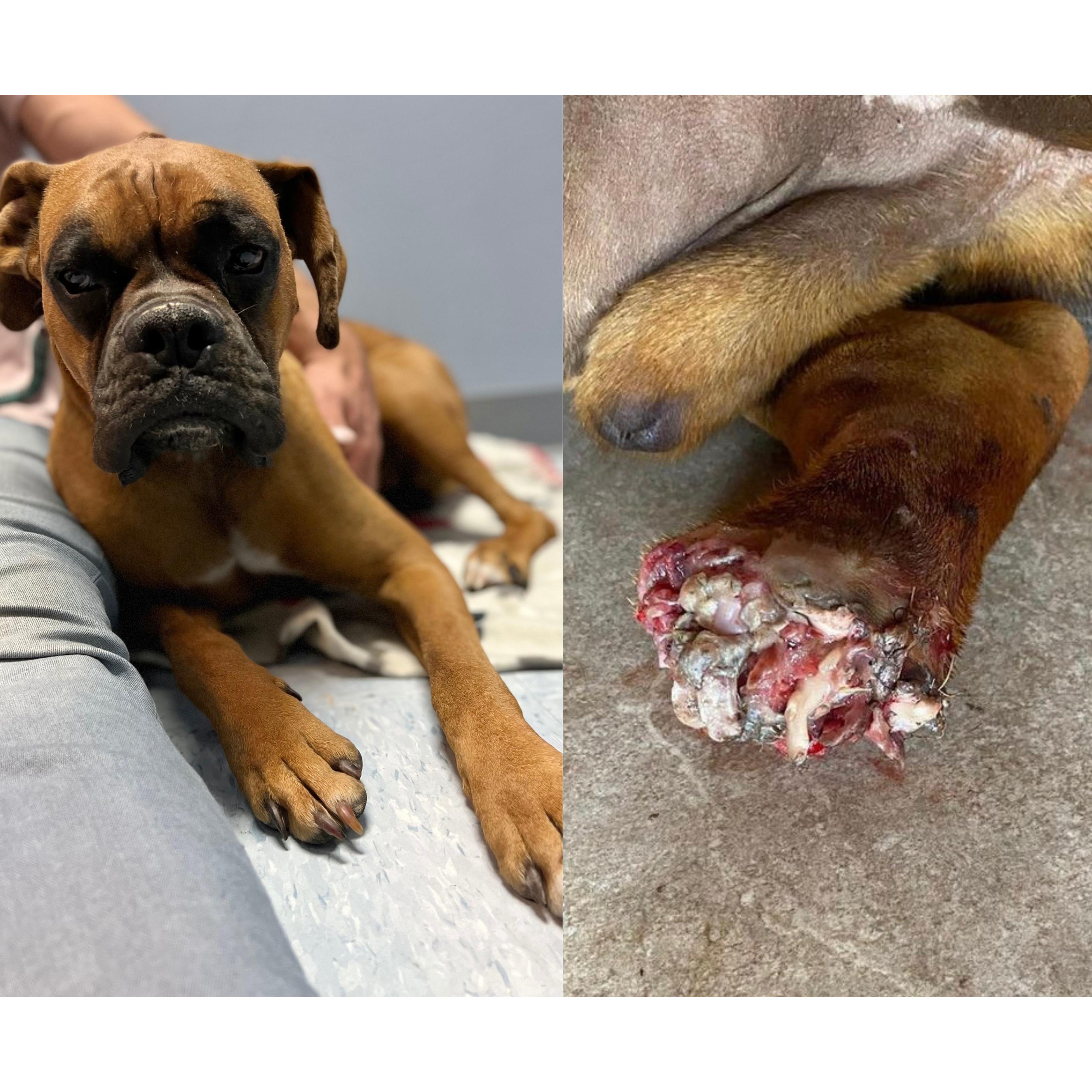 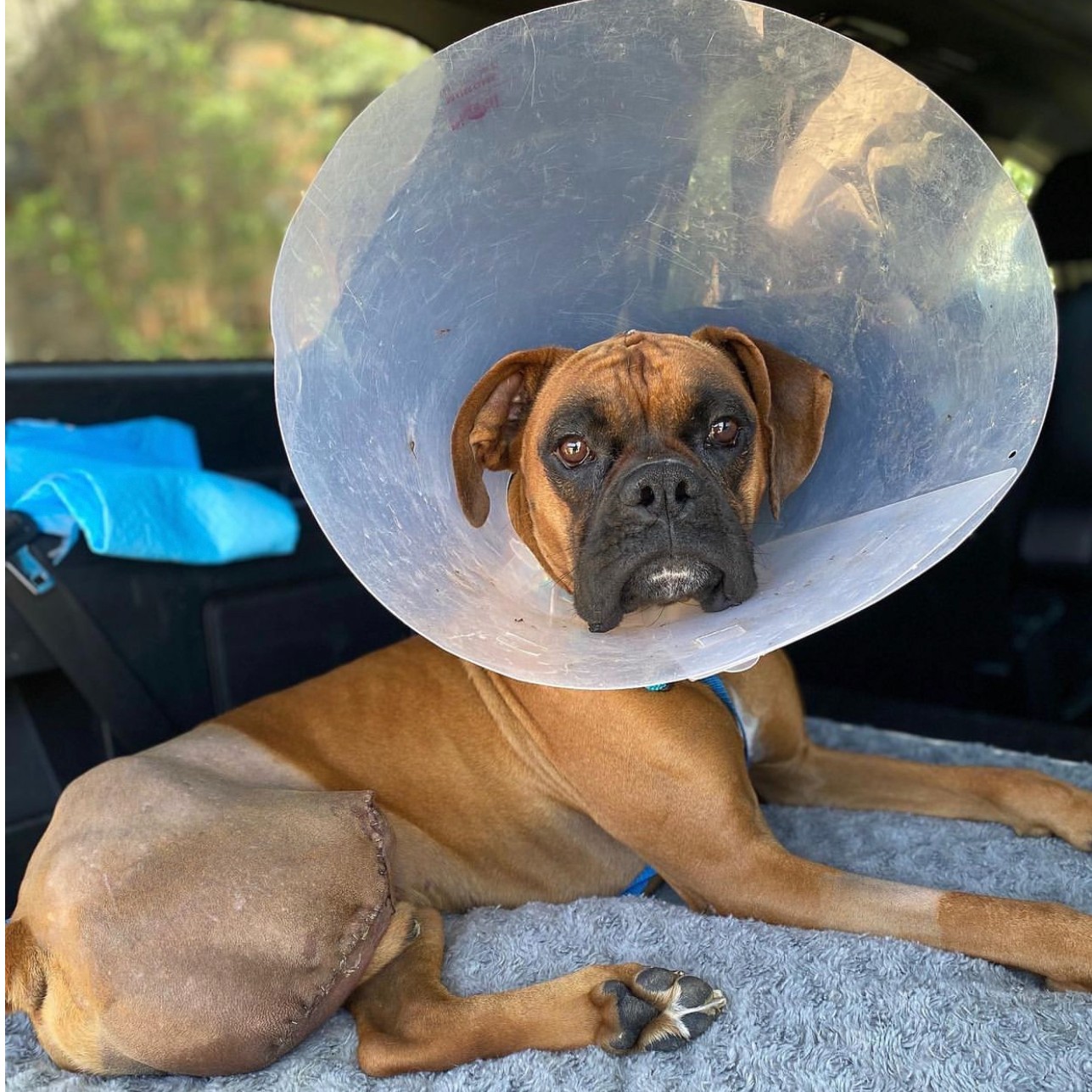 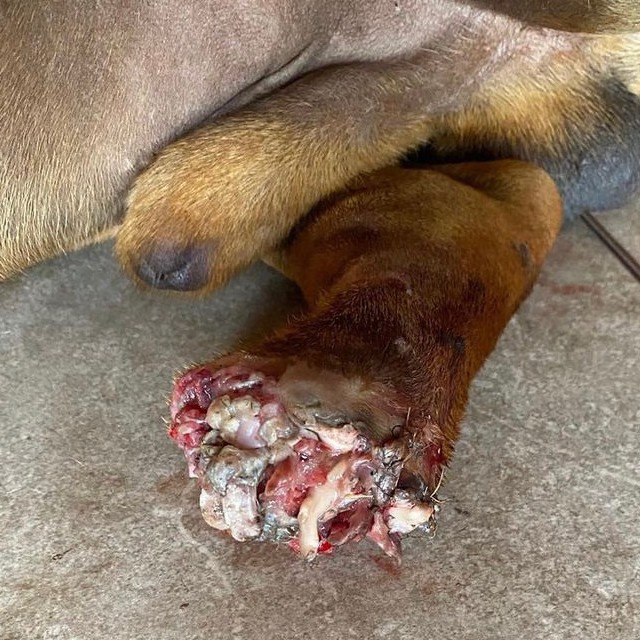 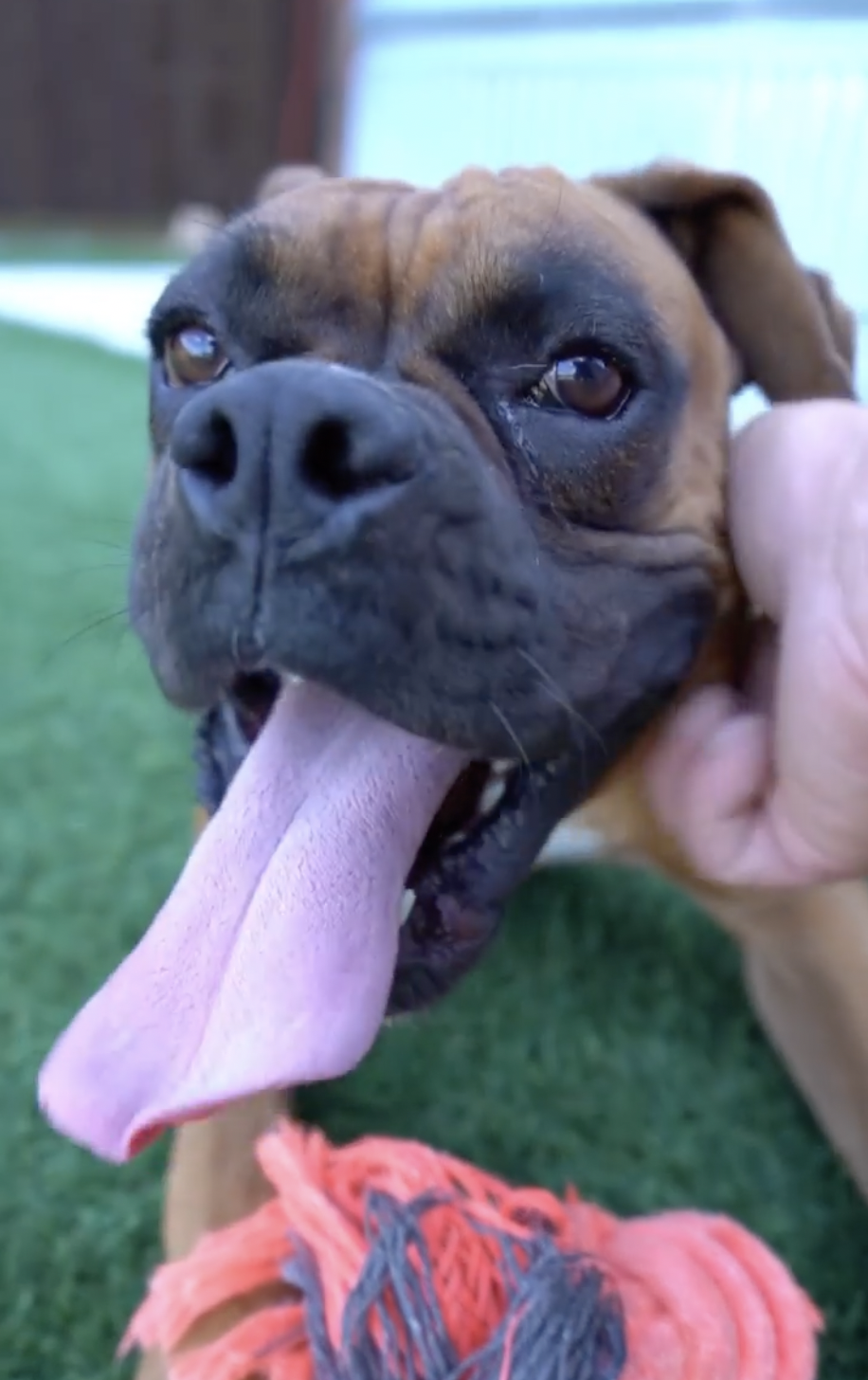 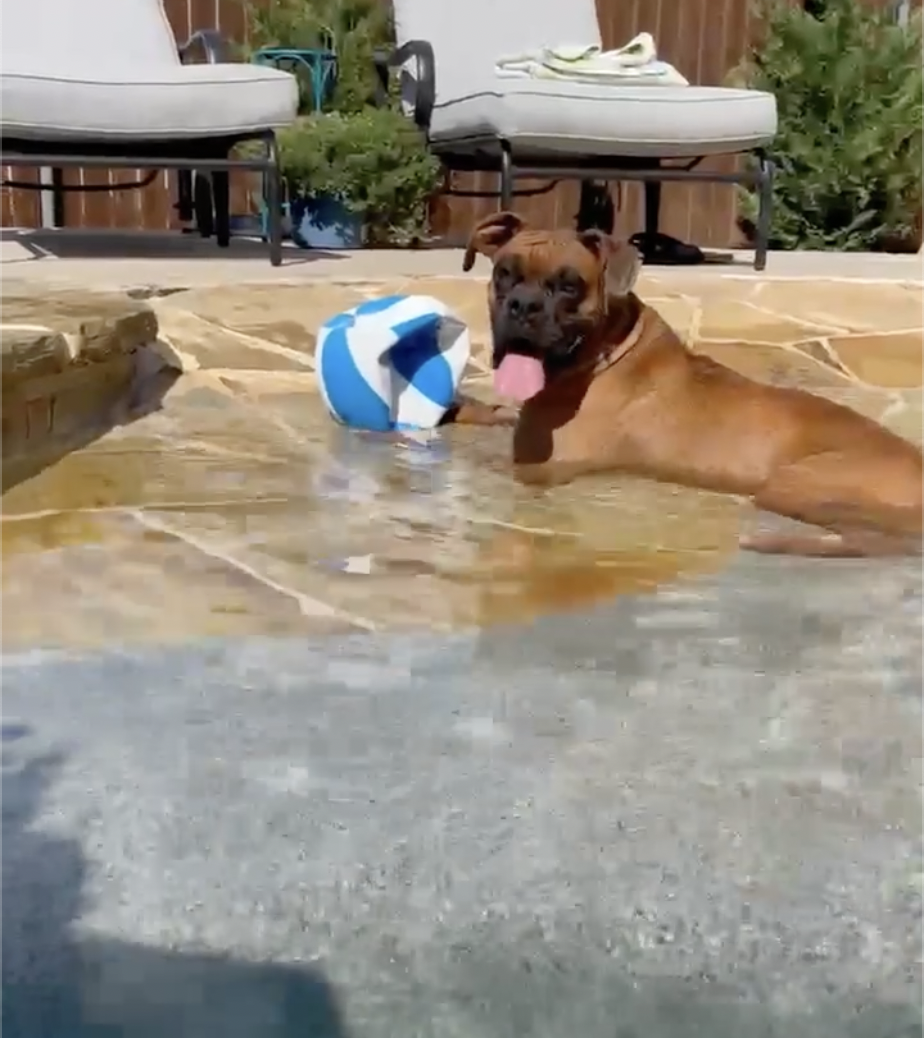 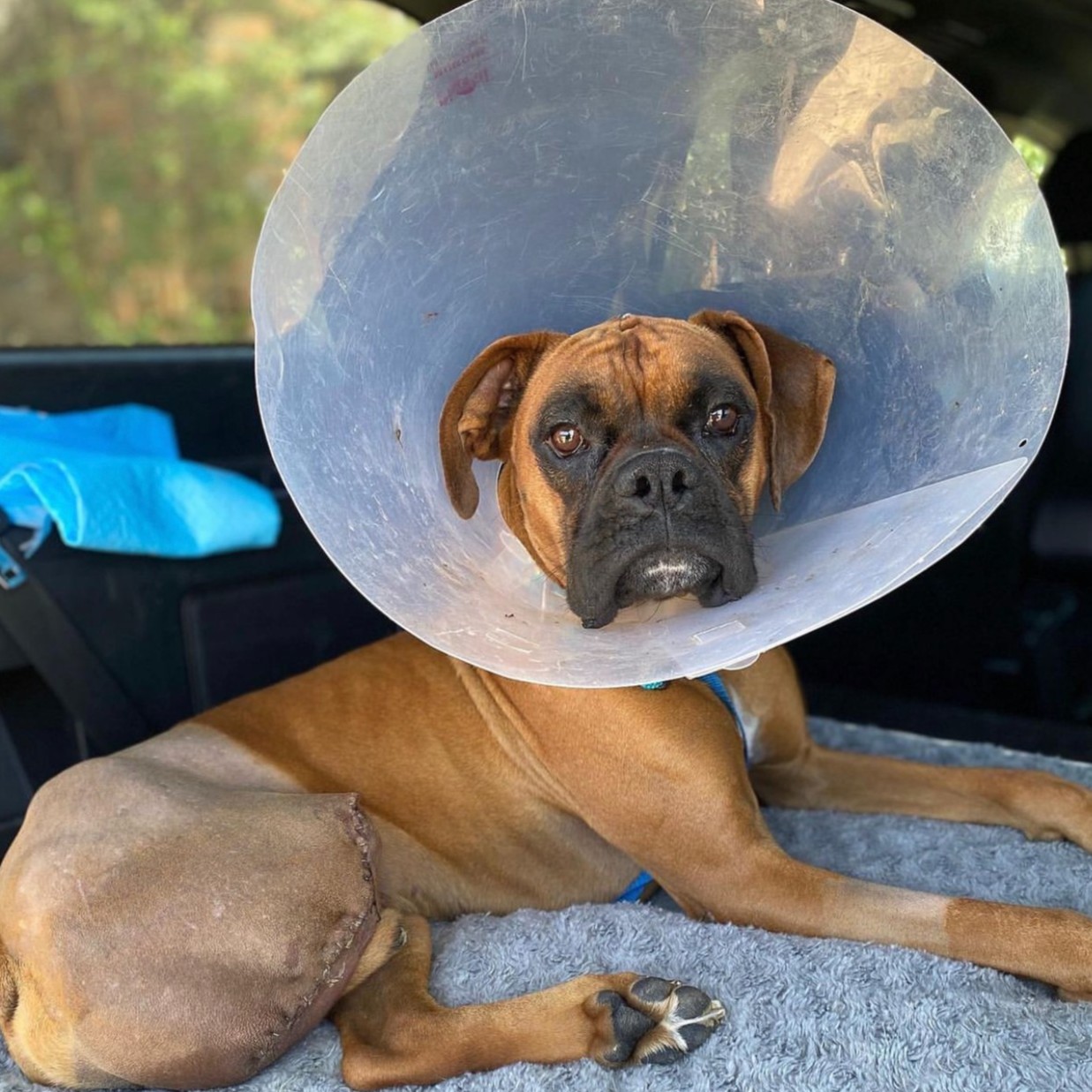 "Fear and panic are the only logical explanations for why this pup did what he did. He was left outside chained up to his dog house, as he usually was when the owners left for hours, but this time he somehow became tightly wrapped in his rope.

Convinced that his owners weren’t coming back, he began to do the unimaginable to free himself. He began to chew through his foot, where the rope was wrapped the tightest. More and more he began to eat away at his foot until finally, he broke free… His paw was still wrapped in the rope. The owners of Ford came home to the gruesome scene and immediately took him to the vet. This 1.5-year-old sweet boy was quoted an amount for his surgery that was just way too high for his owners to be able to do on their own. The vet informed them that he would need the surgery, or be euthanized. With nowhere to turn, they began reaching out to rescues and we were able to answer their plea for help!"...

We were happy to be this precious boy’s second chance at life. There was absolutely no reason that because of his (severe) injury that he should be euthanized. We met the family at the vet, and we were told that the best plan of action would be a full amputation. We agreed, knowing that though it is less than ideal, we have seen time and time again that pups can THRIVE after these procedures. And boy, did he.

Ford seemed to hit the ground running after his procedure. We actually had to limit his activity because he was going too hard, too soon. He is such a happy and thankful boy, and he recovered extremely well.

We are so excited to report that after his procedure, and his recovery, he was spotted by an incredible family. One interaction with Ford had them absolutely in love with him, and so, he is now a part of their loving family!

The only reason Ford finds himself in a cozy bed, in his new home, with a family who cherishes him is because of the generosity of our supporters. It is thanks to YOU that we were able to take him in, have him treated, rehabilitated, and then rehomed! We cannot thank you enough and we know that Ford feels the same.

Thank you to CUDDLY for allowing us the space to spread the word about his story, and facilitating a platform for us to raise the funds needed for his care!