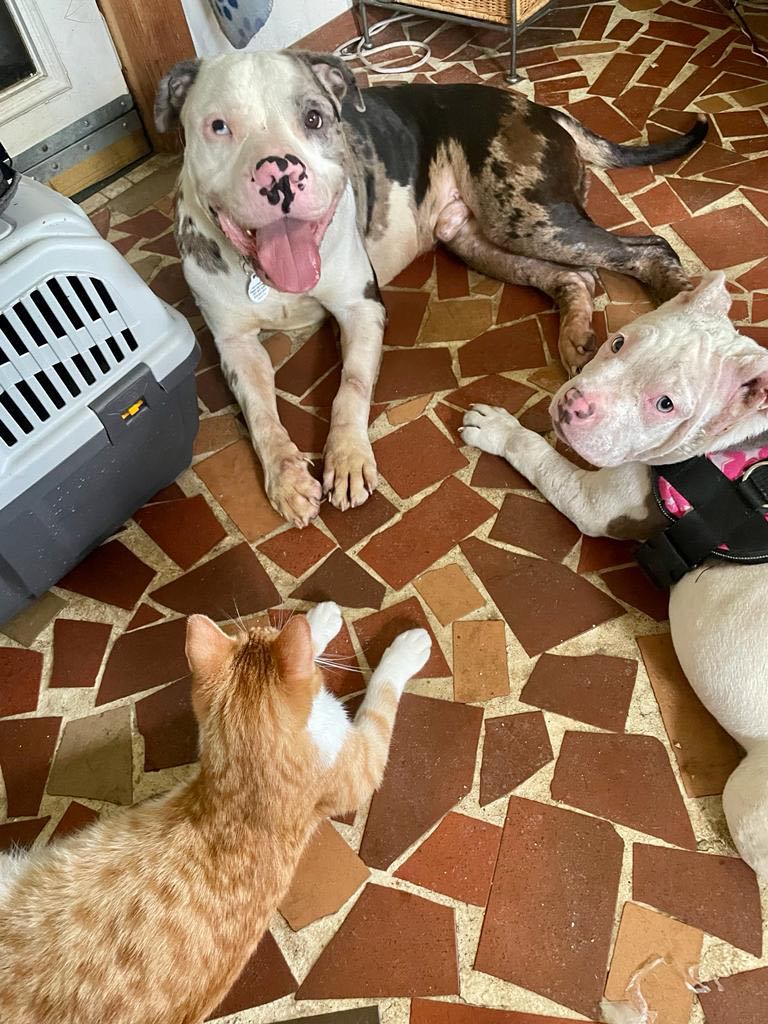 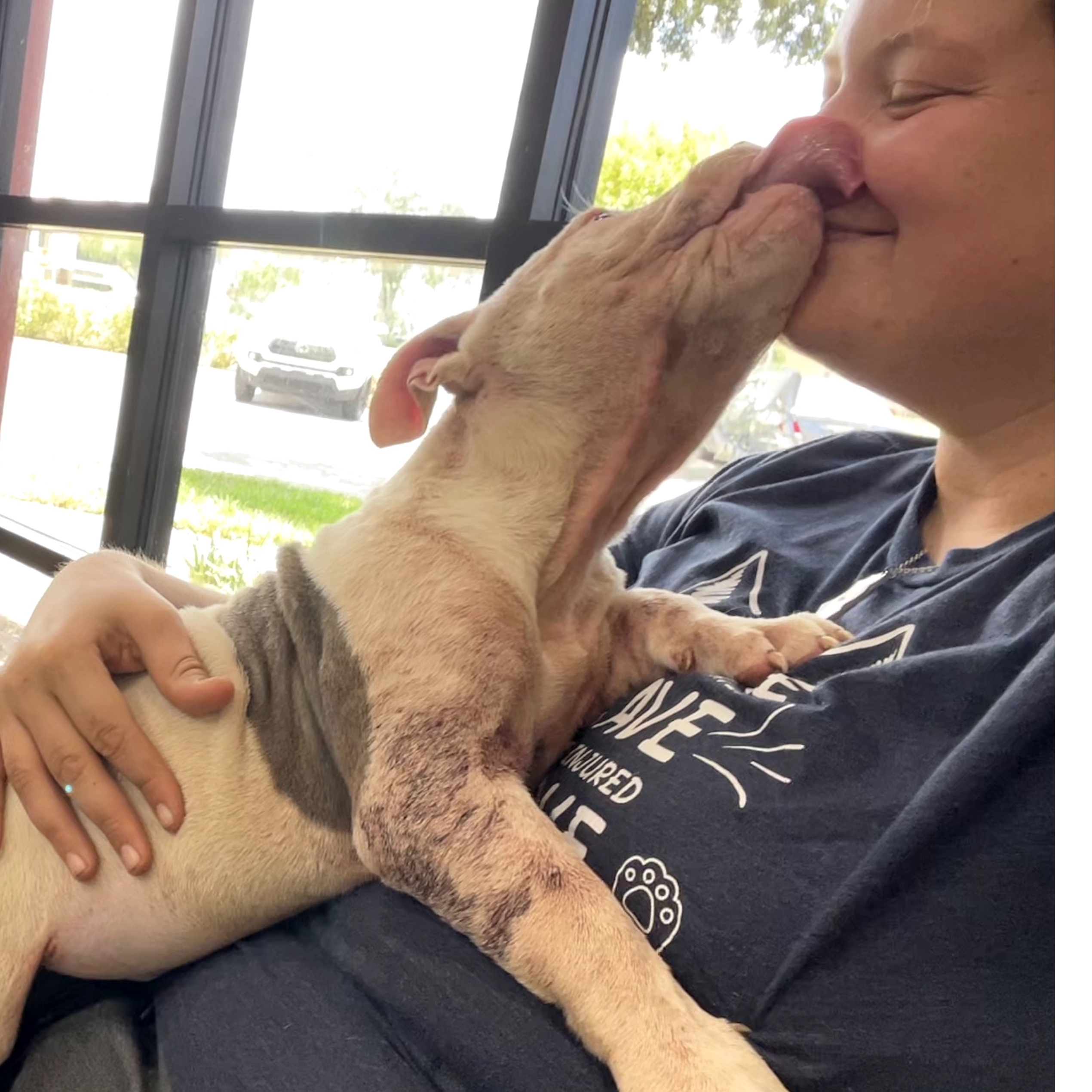 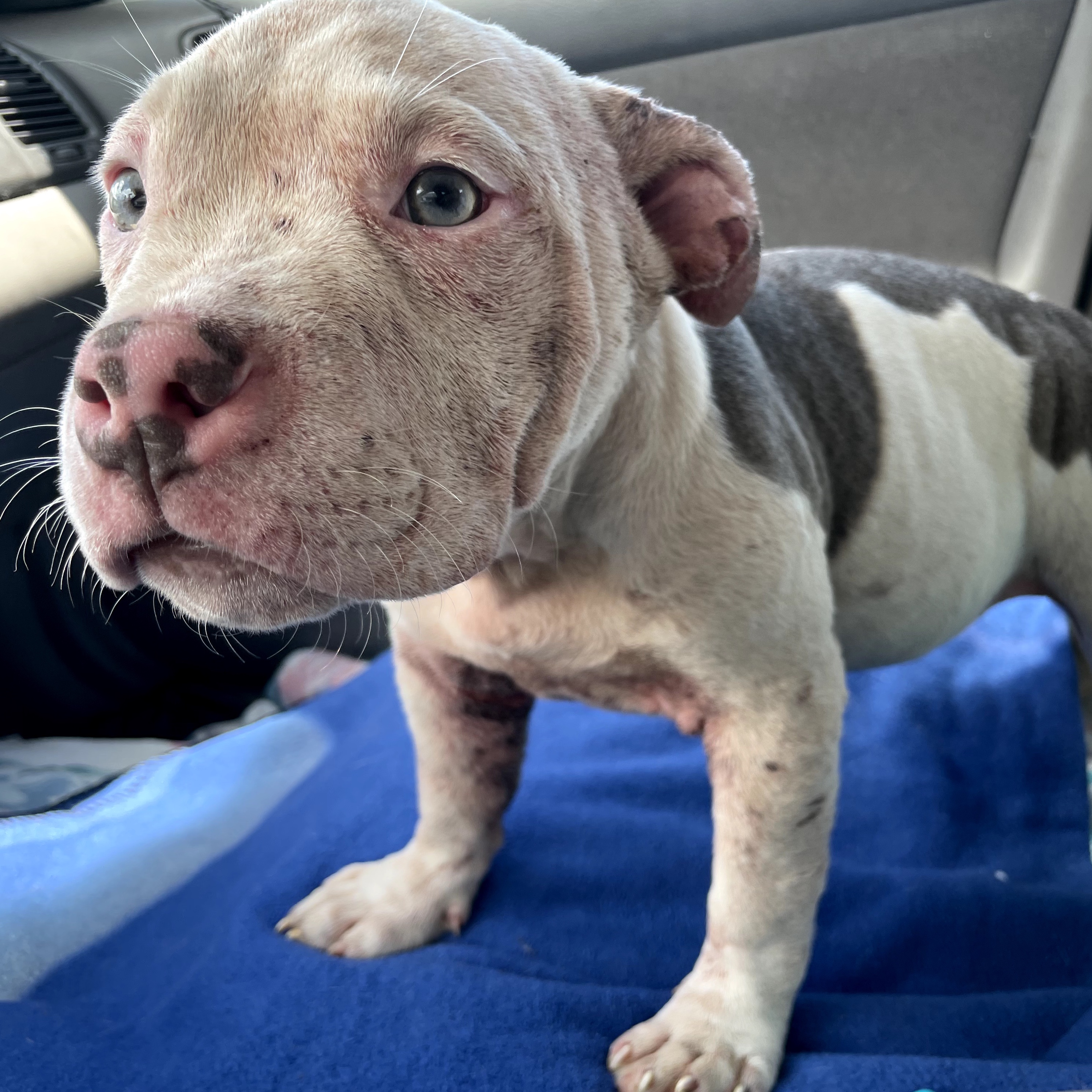 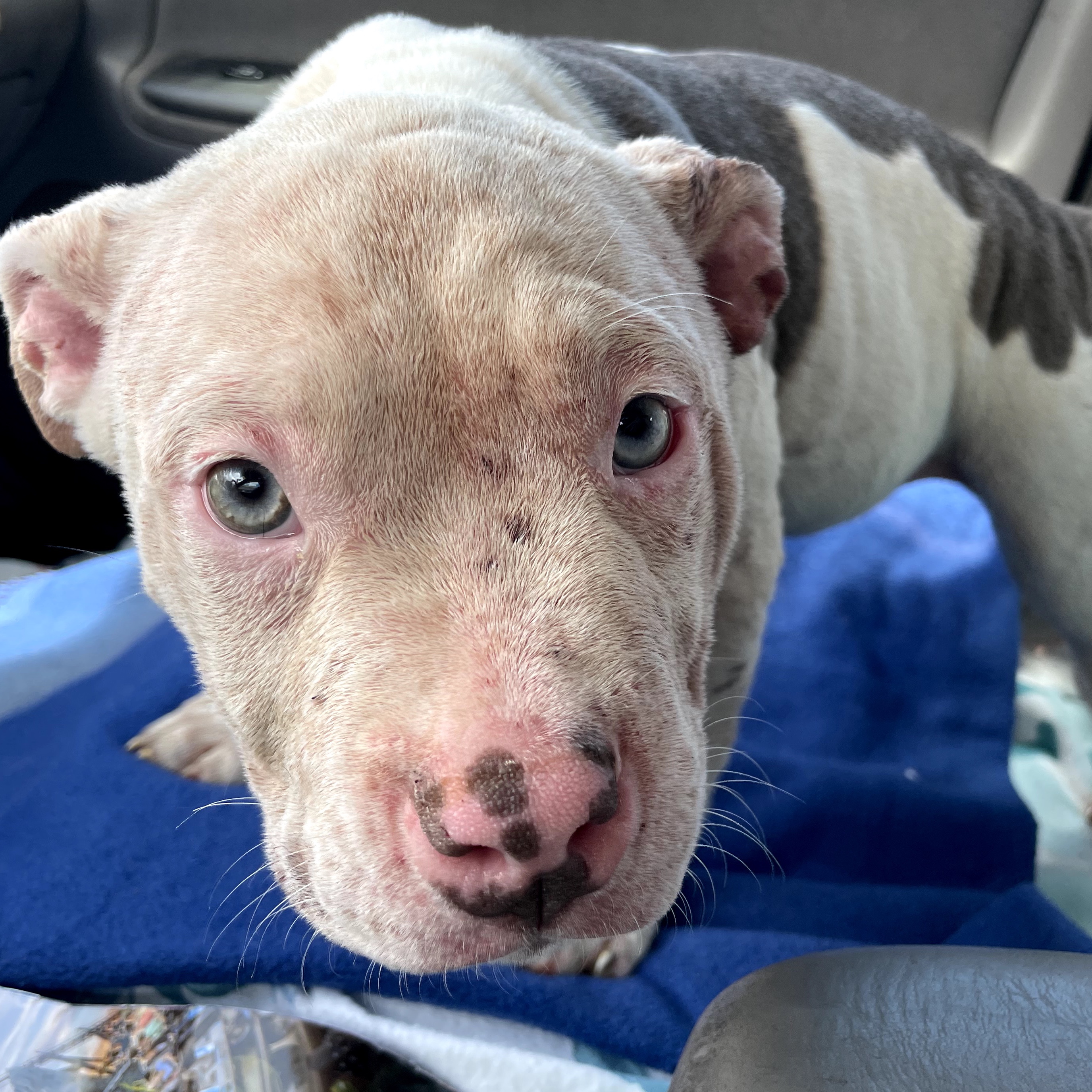 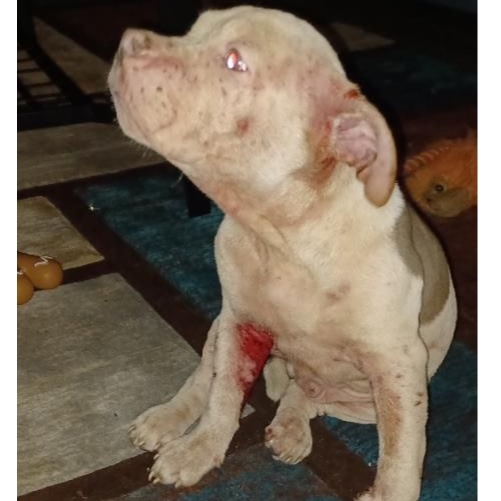 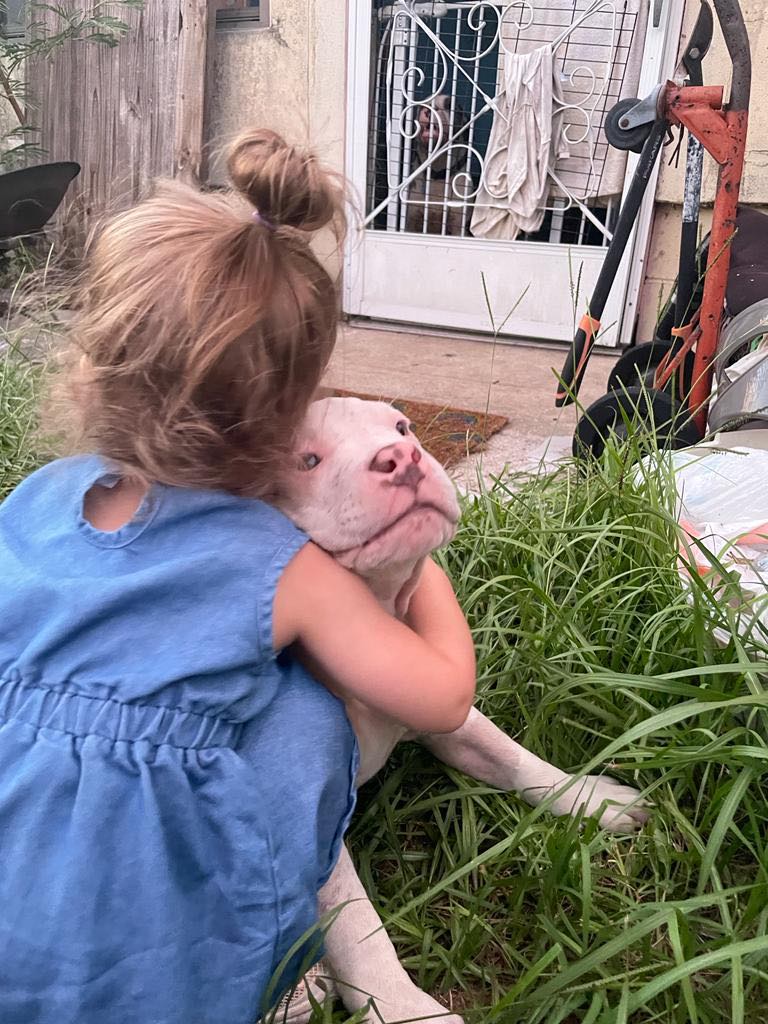 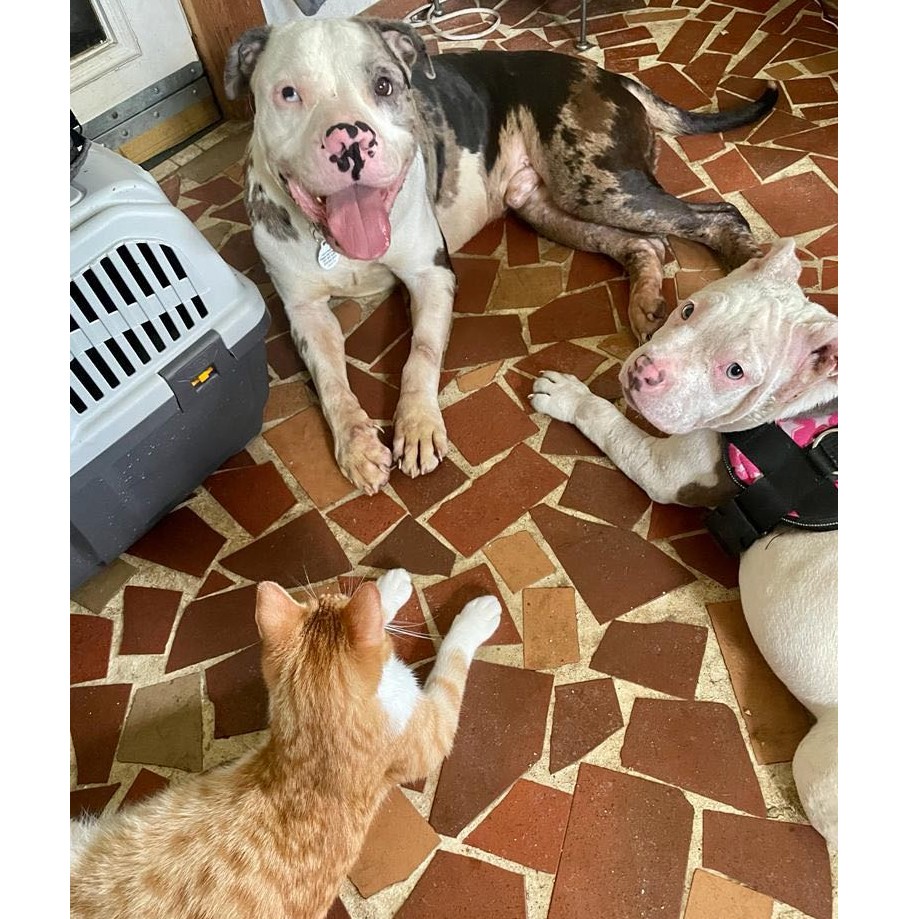 Little Arthur is a sixteen-week-old puppy who was allegedly attacked by another dog. However, his injuries were clearly the result of something much more sinister.

Poor Arthur is a victim of unethical backyard breeding, a merciless breeding practice concerned with turning puppies into profits. Ultimately, these money-hungry monsters breed puppies into dangerously unsanitary living conditions that put them at a high risk of developing serious health issues such as congenital eye and hip defects parasites, and even the deadly parvovirus.

After rushing little Arthur to the veterinarian for emergency medical treatment, doctors discovered deep lacerations in his legs that had to be drained to remove excess liquid from his wounds. Sadly, doctors also found scars all over Arthur's body caused by previous attacks and cage wire.

Poor Arthur had multiple broken teeth and a nasty fever that required IV fluids and antibiotic injections to overcome. He is such a sweet boy who has survived immense trauma and deserves to live a happy and healthy life.

Little Arthur was lucky enough to be fostered with another dog named Emmett, and the pair developed a close bond that blossomed into a wonderful canine friendship.

With his new lease on life, Arthur no longer recoils in terror when meeting another dog. This little boy is healing well and his physical wounds are slowly fading away. Sweet Arthur is an amazing rescue pup who deserves to be adopted into a loving forever home.

Of course, Arthur's new life wouldn't have been possible without our generous supporters and awesome partners at CUDDLY who helped share Arthur's remarkable story and made his lifesaving medical treatment possible. From the bottom of our hearts, thank you for taking a chance on Arthur and giving him the life he deserves.