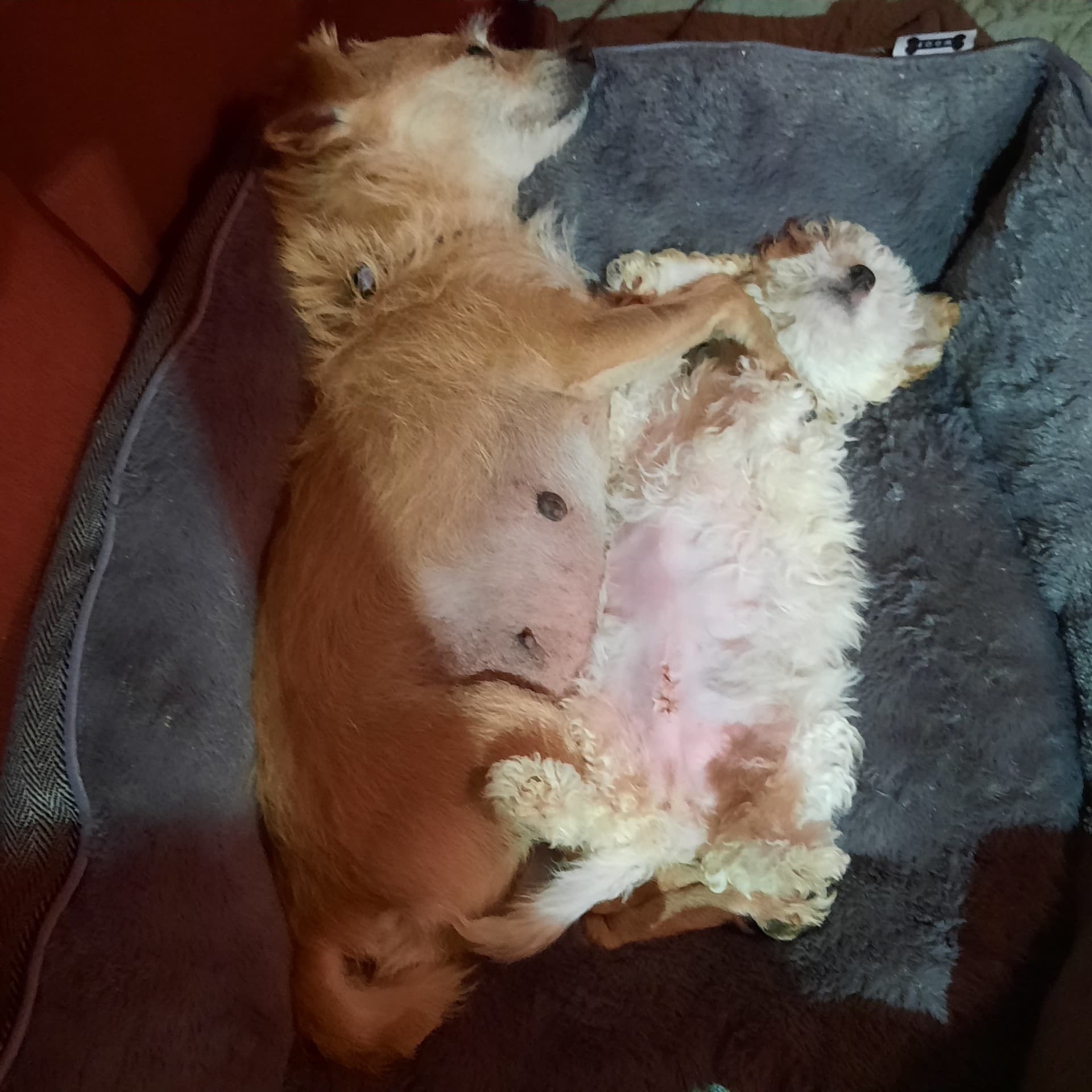 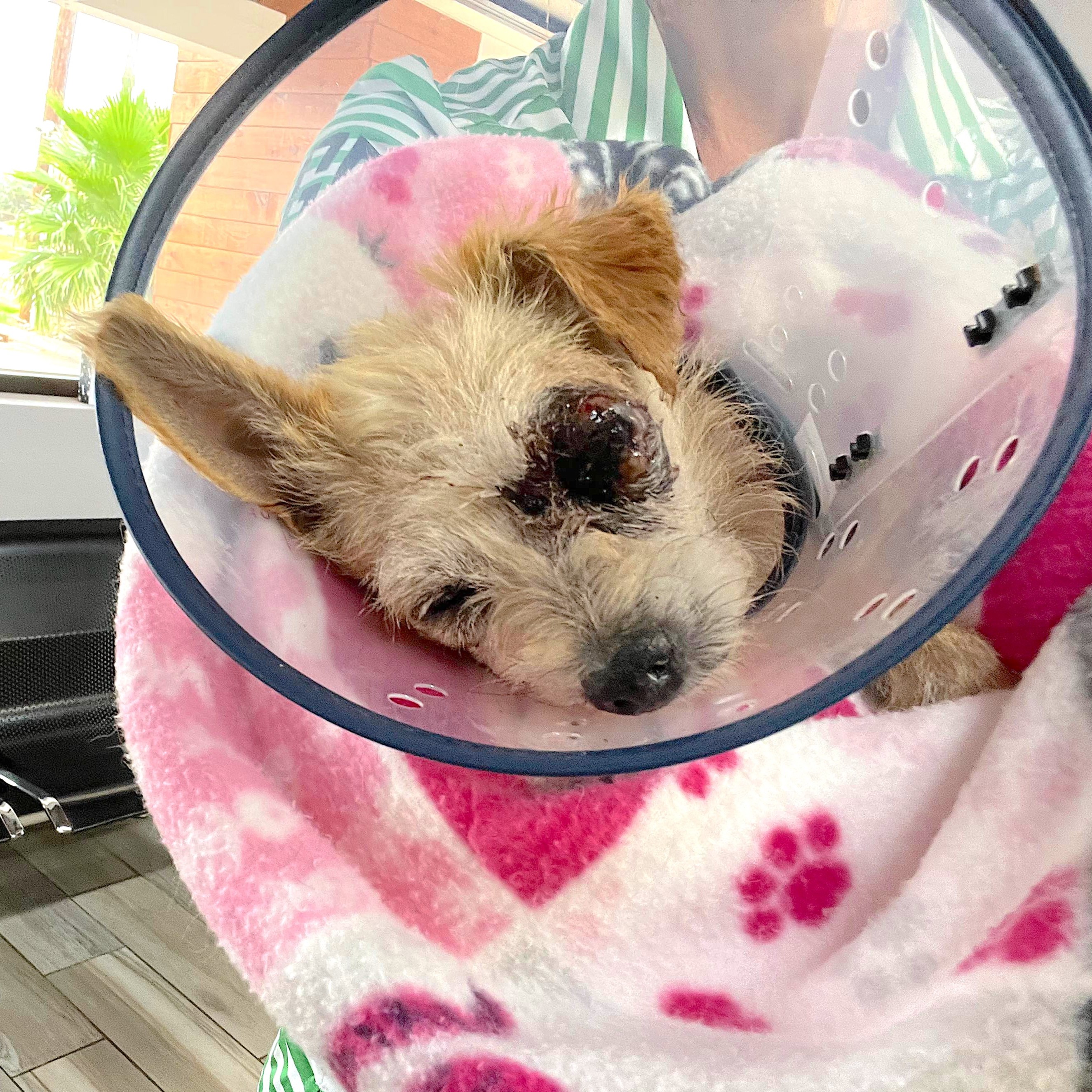 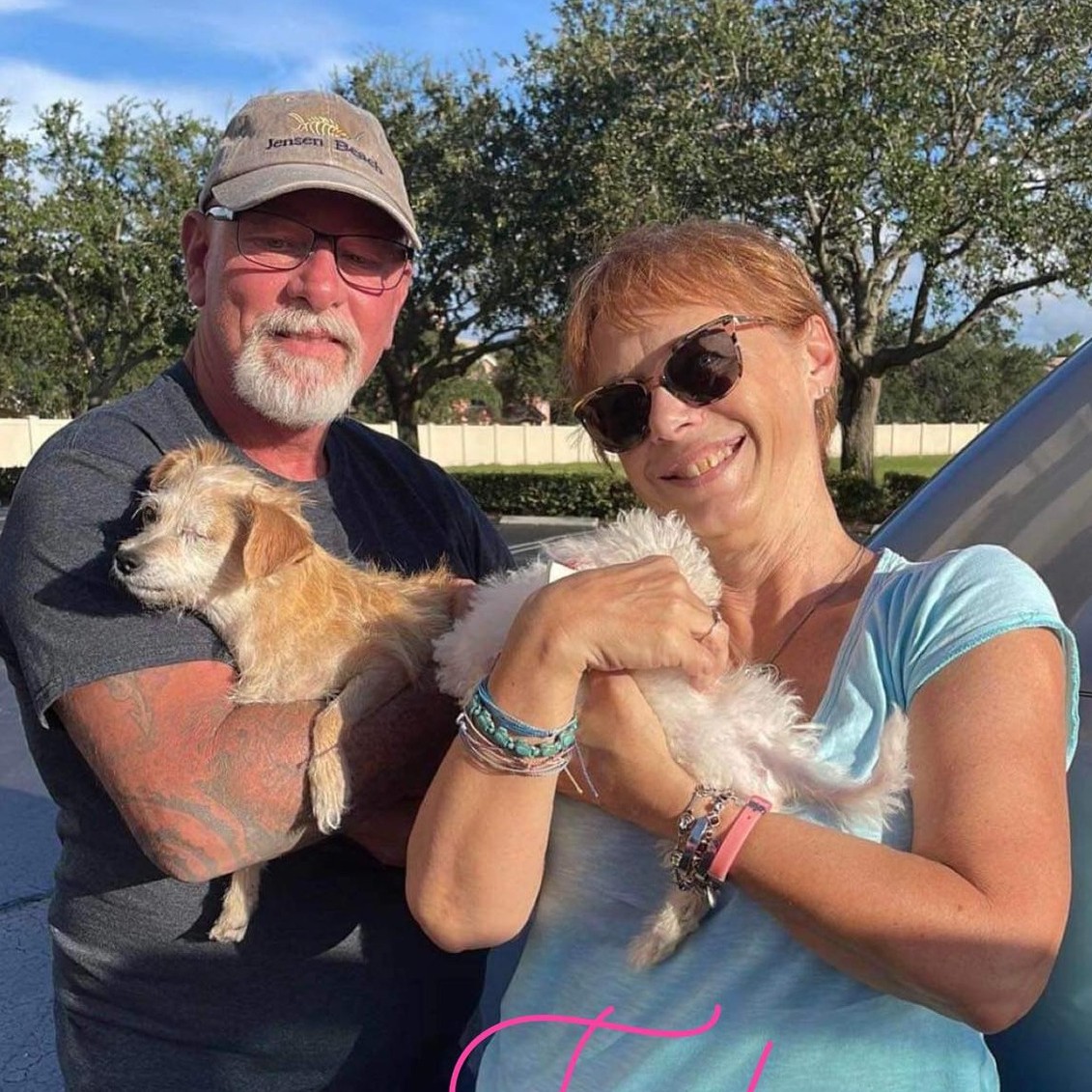 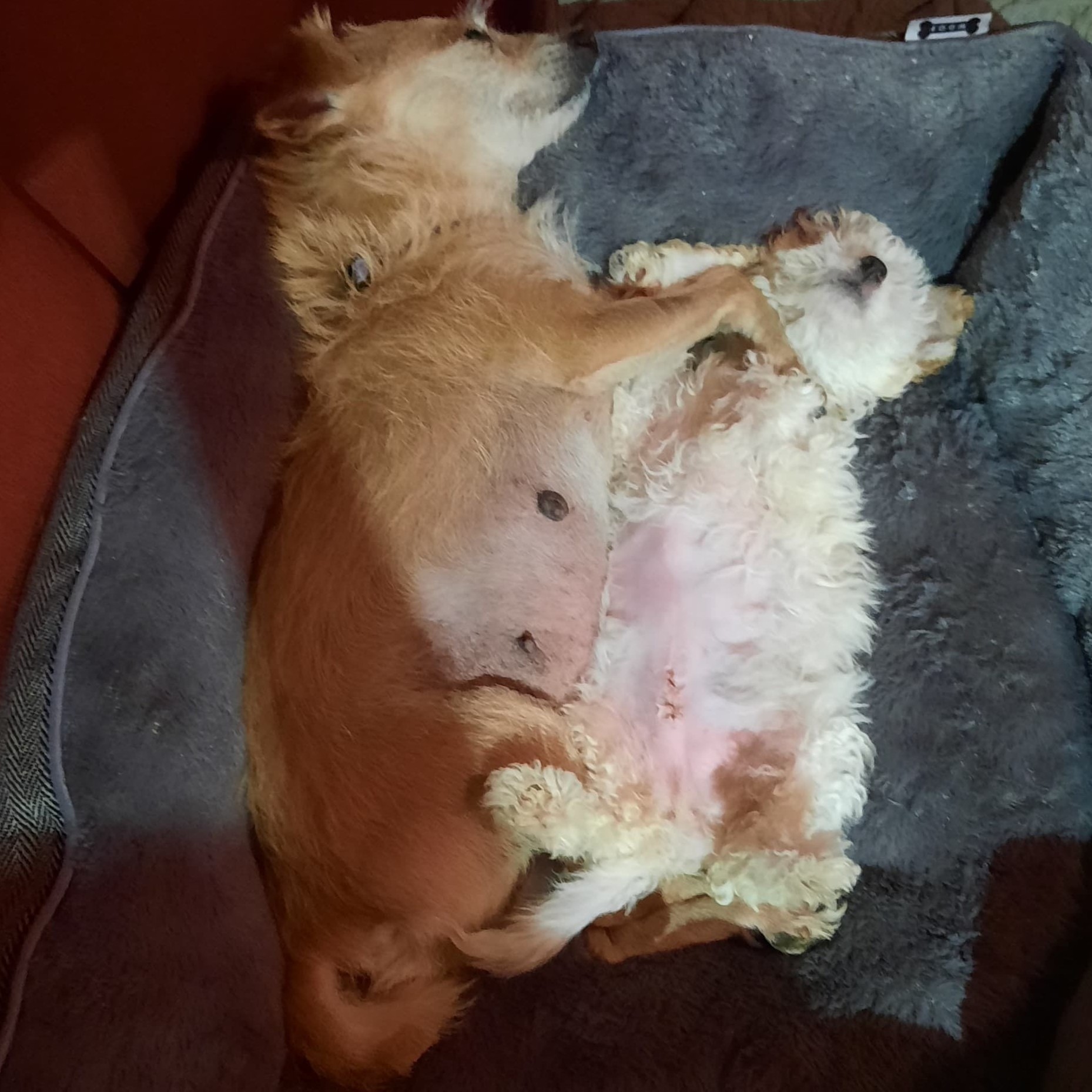 When Mama first came into our care, we were beyond horrified and heartbroken. Tears of anger streamed down our faces as we tried to understand how someone could purposely ignore the pain blatantly clear.

Mama and her siblings were first discovered when we accidentally took the wrong turn headed to work and came across two little dogs on the road. Naturally, we stopped to see what the issue was. As we were doing this the owners drove by saying that the tiny neglected pups were theirs and that they also had some puppies they didn’t want. So,  we drove around to take them and asked where the mama was…and our hearts shattered at their response. “Oh she was hit by a car 3 days ago and her eye is popping out, but she is around here somewhere”. Their total disregard for her pain left us speechless as we frantically began searching for her.

Once Mama was in our care, the poor girl collapsed from exhaustion and pain, understandably. Thankfully, Mama survived the night and was shortly picked up and transferred to our vet where his care was only just beginning.  Obviously, Mama needed her eye removed after enduring a gruesome encounter with a car and then being denied the proper medical care. Given the state her body was in, we weren’t sure how she’d respond to the procedure, but she handled it like a champion. Once out, she was placed on antibiotics and steroids for her neuro issues to correct her walking as she continued to heal.

With her recovery well underway, she was transported to a Florida rescue to allow her a better chance at finding a forever home. AND…in almost no time, a loving family took notice of her and her baby and decided they couldn’t leave without the both of them! SO, that means that Mama and her baby have both been adopted together!!! We are SO happy for her and the many adventures she has in store!

BUT…none of this would have been possible without the amazing support and generosity from each and every one of you here on the CUDDLY platform! It's because of you that this mama, once broken and separated from her babies is now whole and spending her life with her beloved puppy! Thank you!