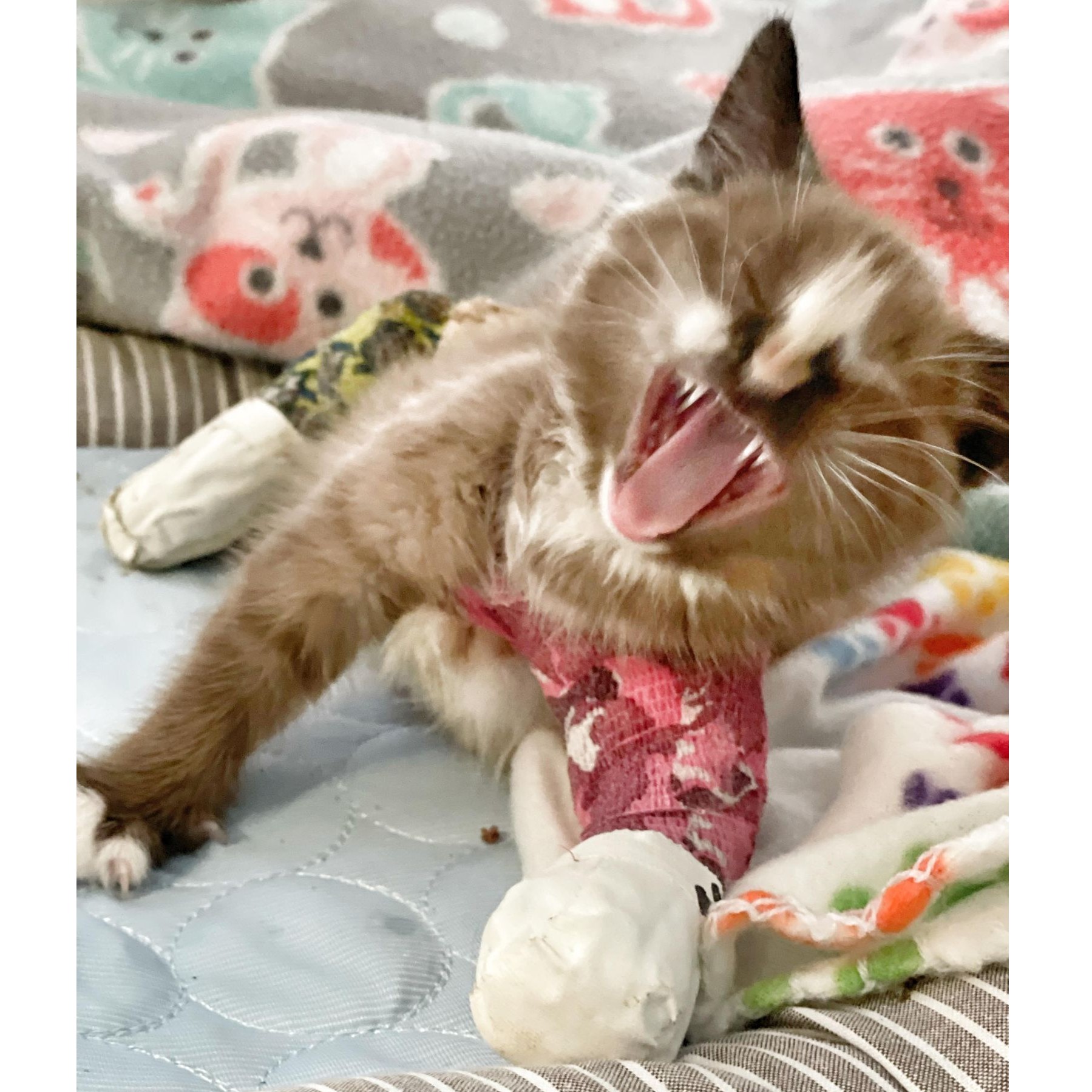 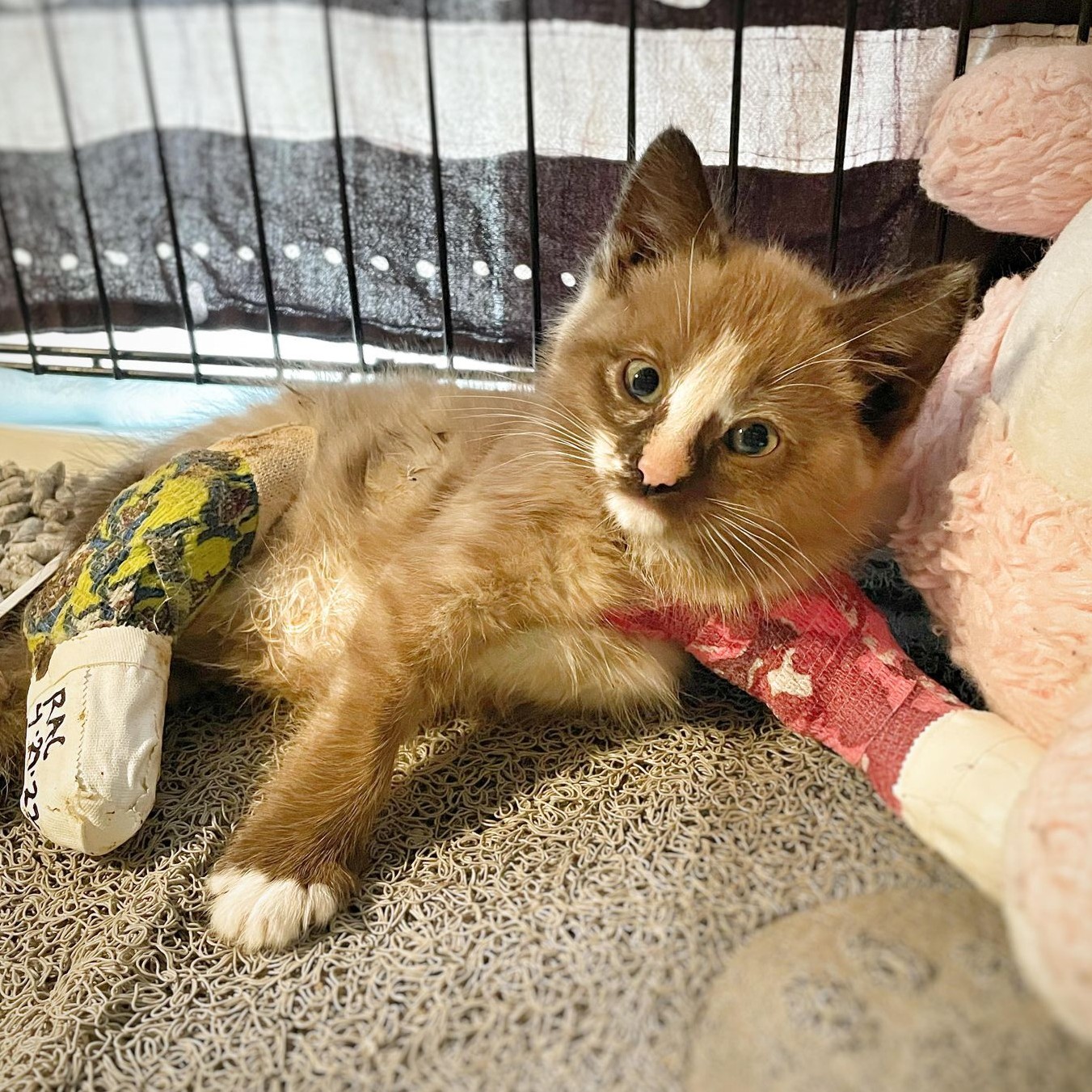 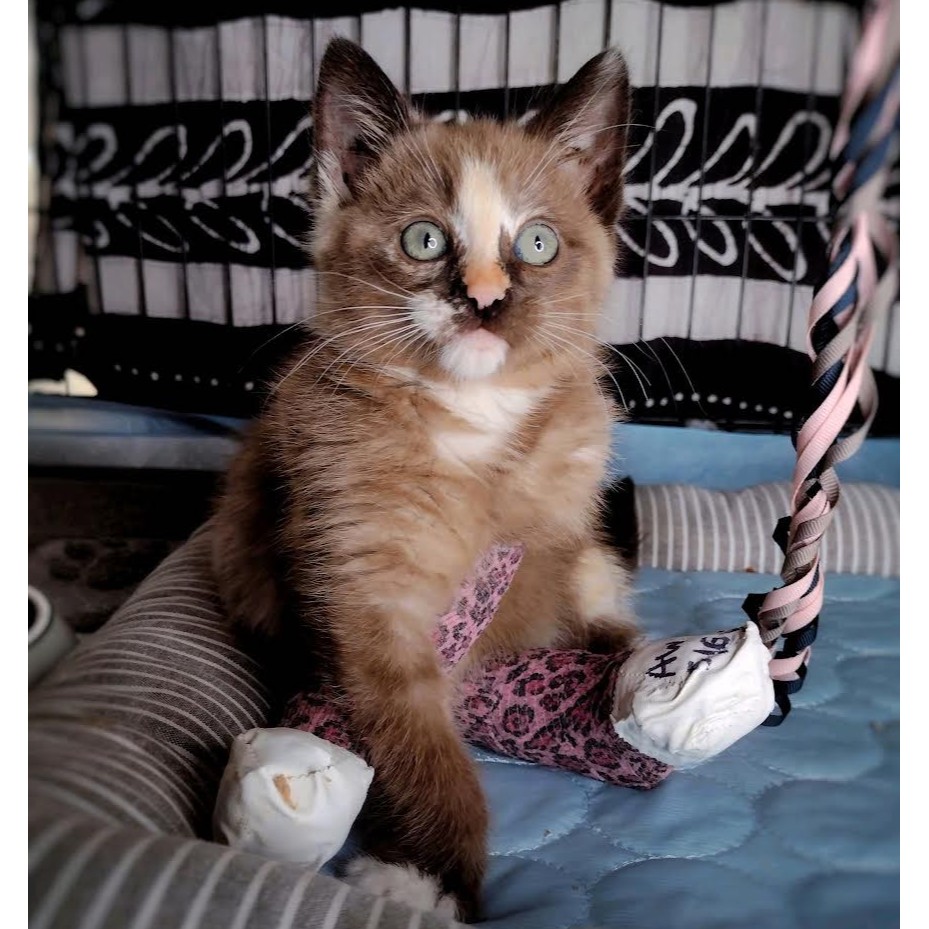 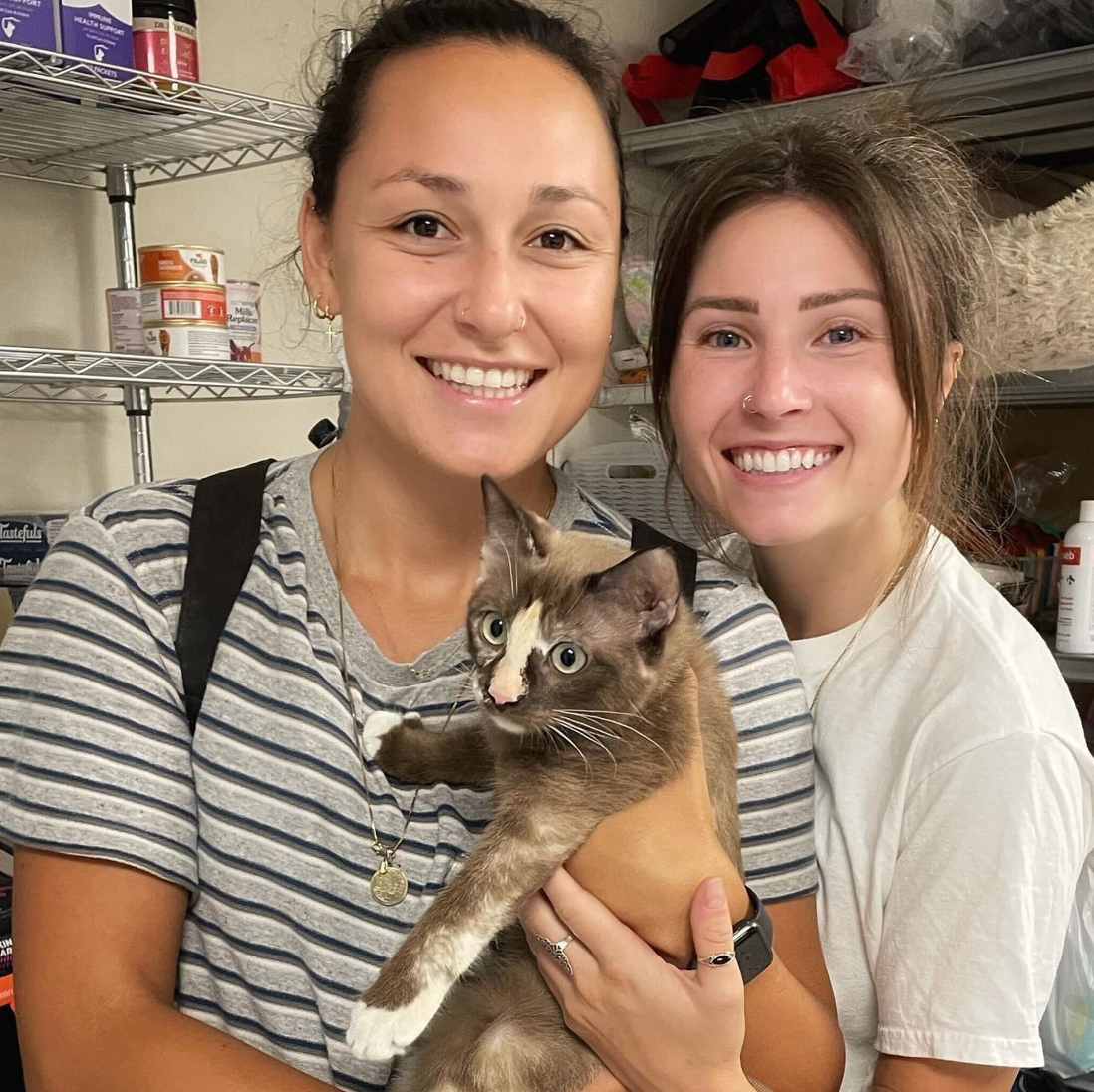 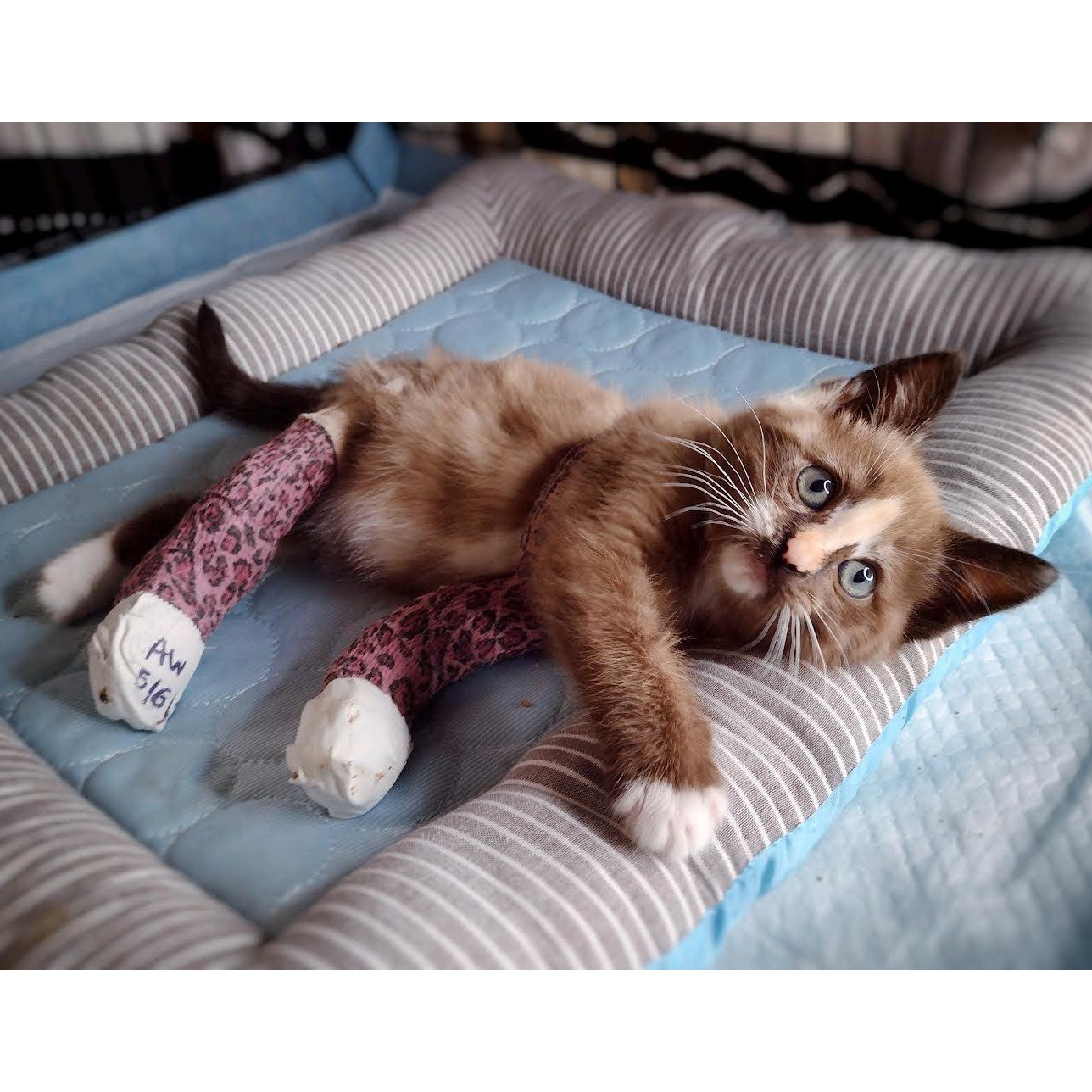 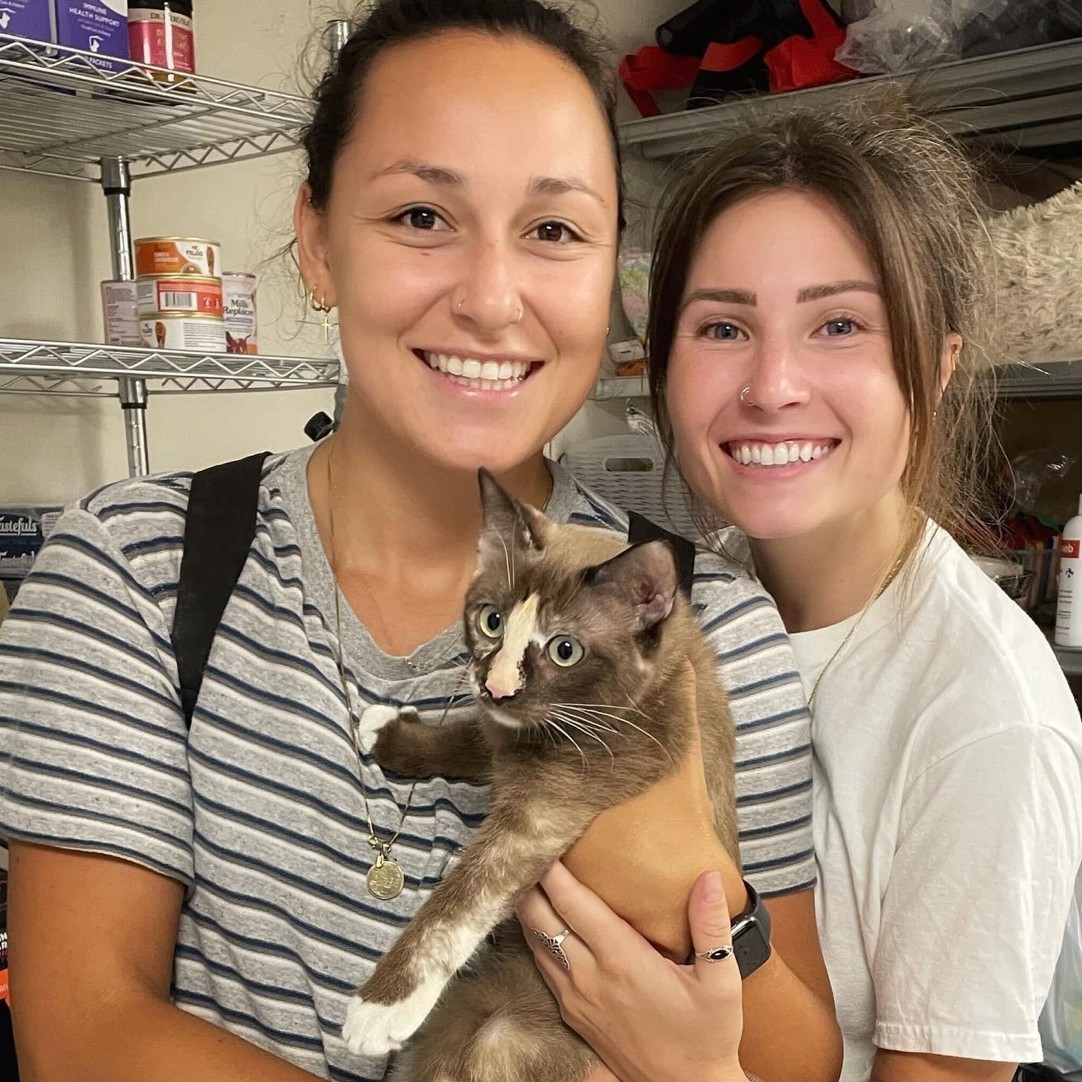 The hope and joy in Mavis' eyes are contradictory to the torture and despair she endured while wandering the streets of California as a stray.

Though we don't know the details of her history, little Mavis found herself lying in the local animal shelter suffering from sharp, shooting pains from heaps of untreated injuries she incurred on the streets.

When we rescued poor Mavis, she had two broken legs and several deep lacerations that exposed bones through the skin. Marvis was unable to walk and somehow survived by dragging her fractured legs across the ground.

We rushed little Mavis to the emergency animal hospital where she received the critical medical treatment she desperately required. After doctors worked tirelessly to stabilize her health, Mavis underwent critical surgery to repair the broken bones and suture the severe lacerations.

After two months of crate rest, Mavis is finally able to walk and run like a healthy kitten. Even better, sweet Mavis was adopted and is living her absolute best life with her amazing new family. Mavis suffered long enough and were so happy she found her happy ending.

Of course, Mavis's new life wouldn't have been possible without our generous supporters and awesome partners at CUDDLY who helped share Mavis's remarkable story and made her lifesaving medical treatment possible. From the bottom of our hearts, thank you for taking a chance on Mavis and giving her the life he deserves.