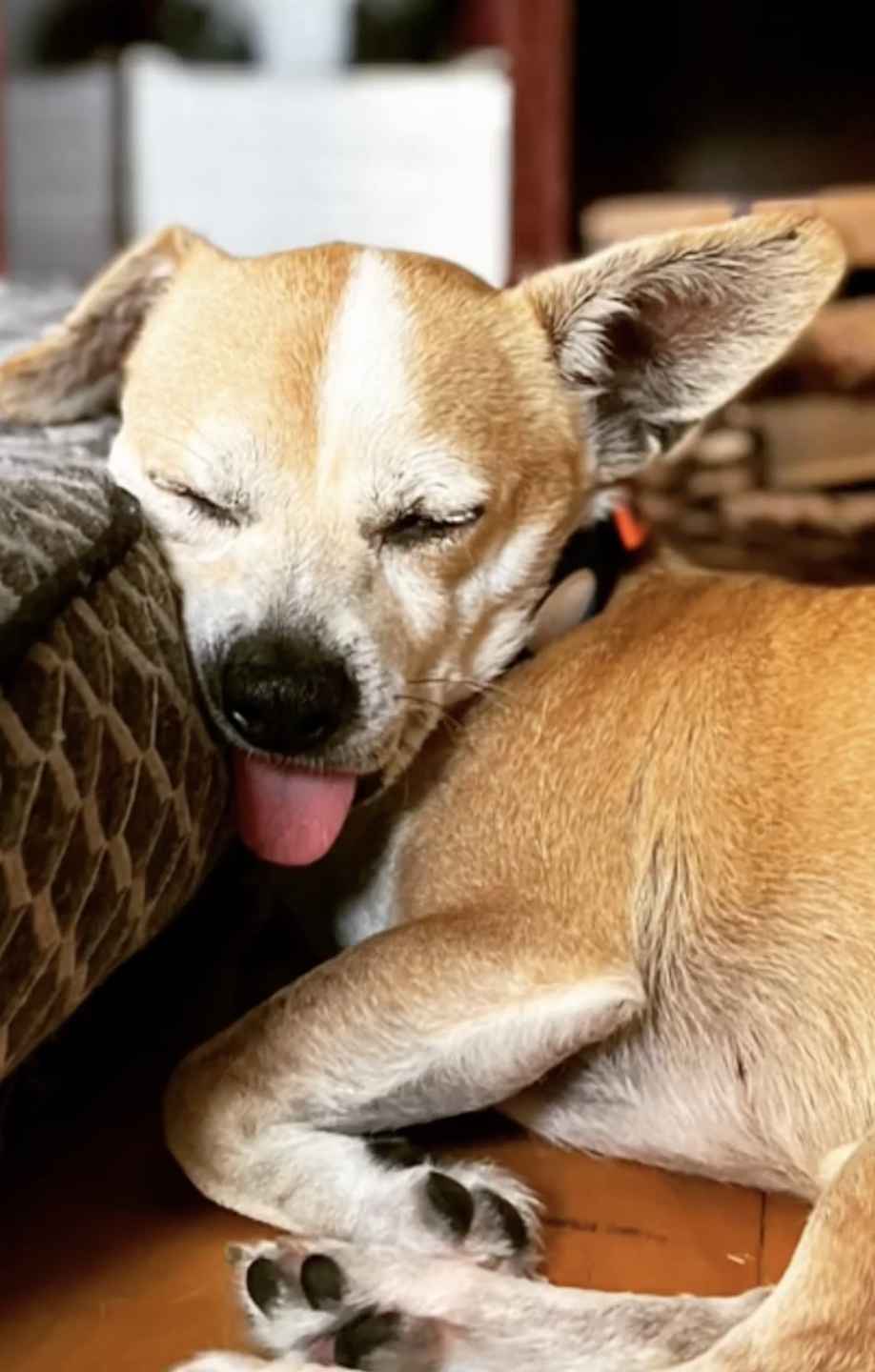 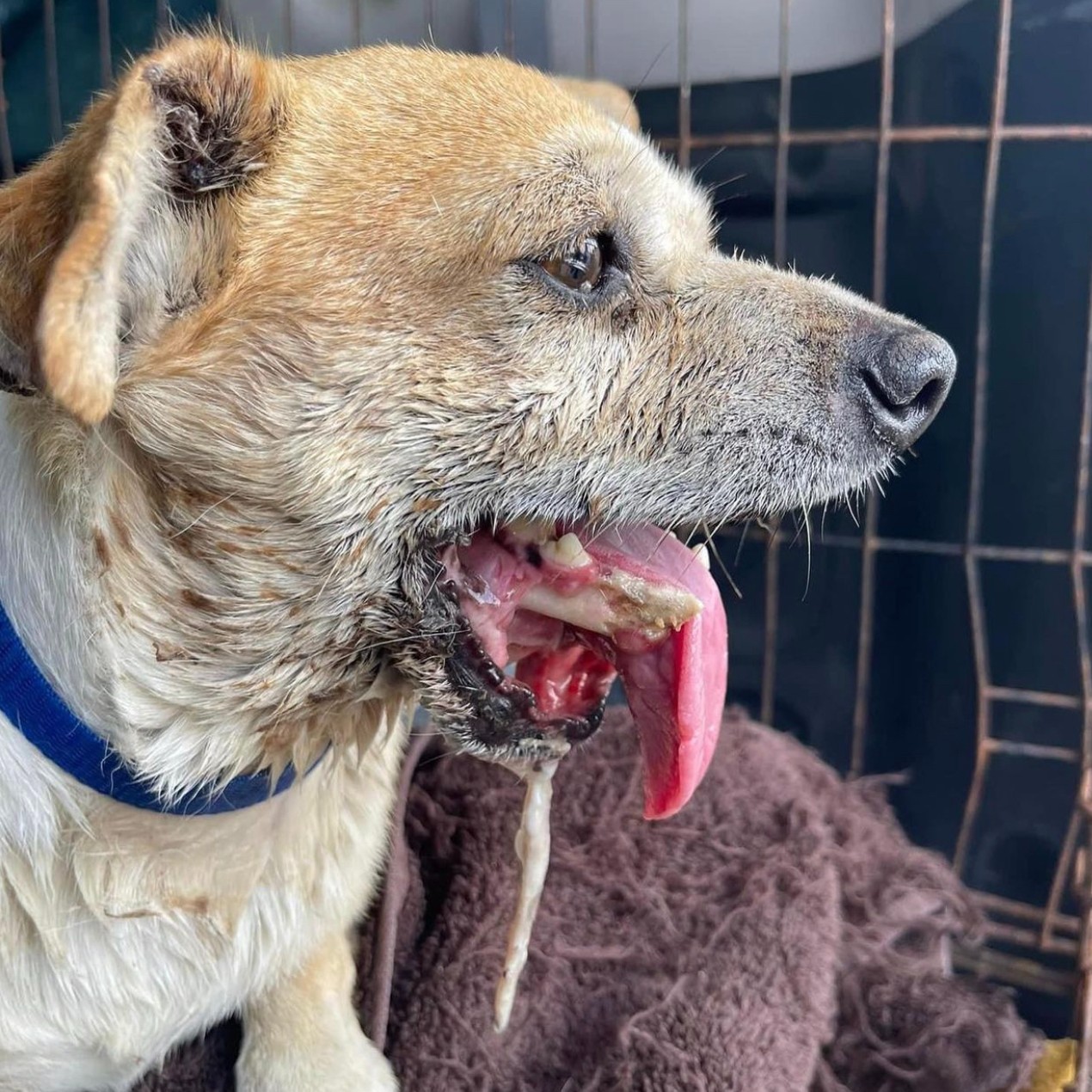 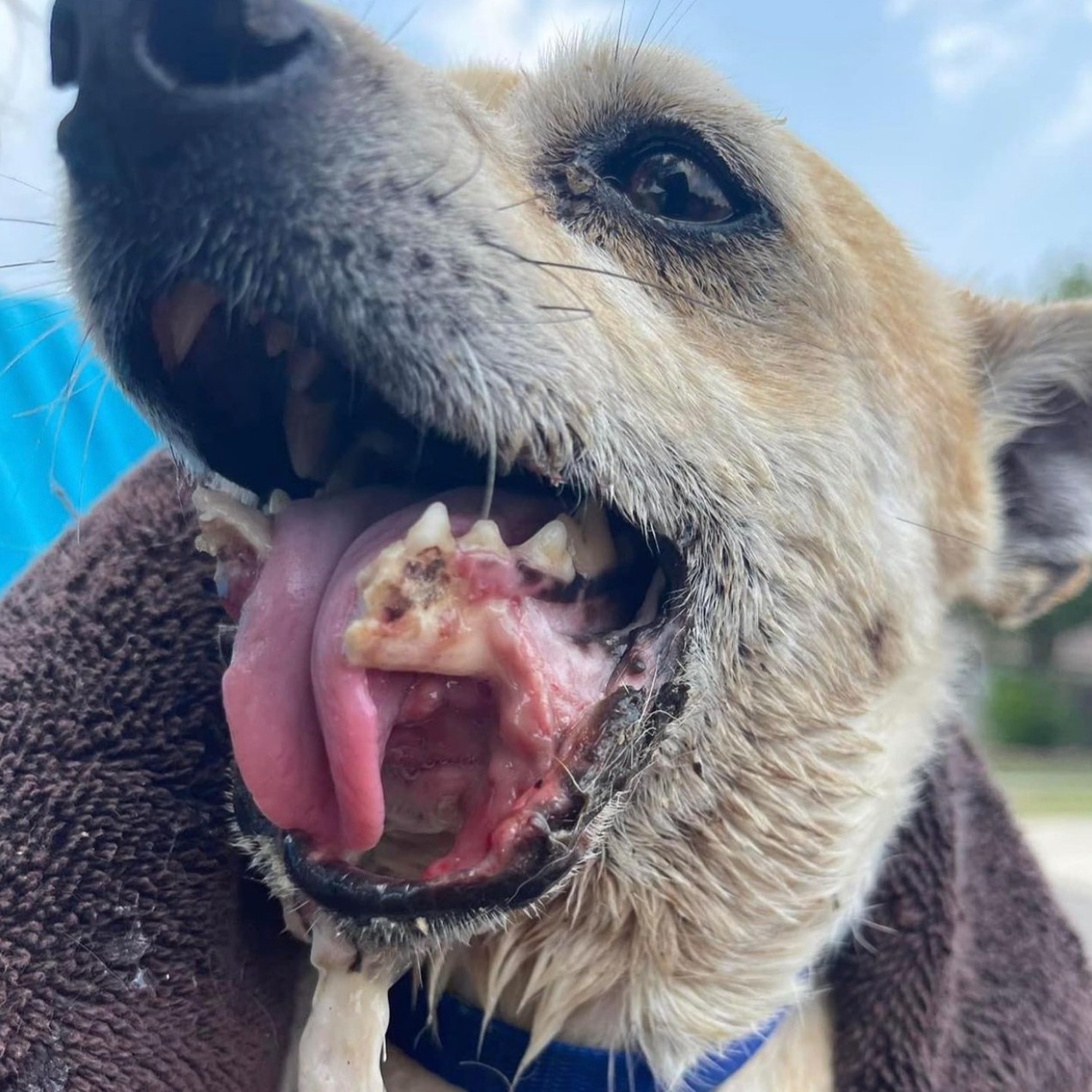 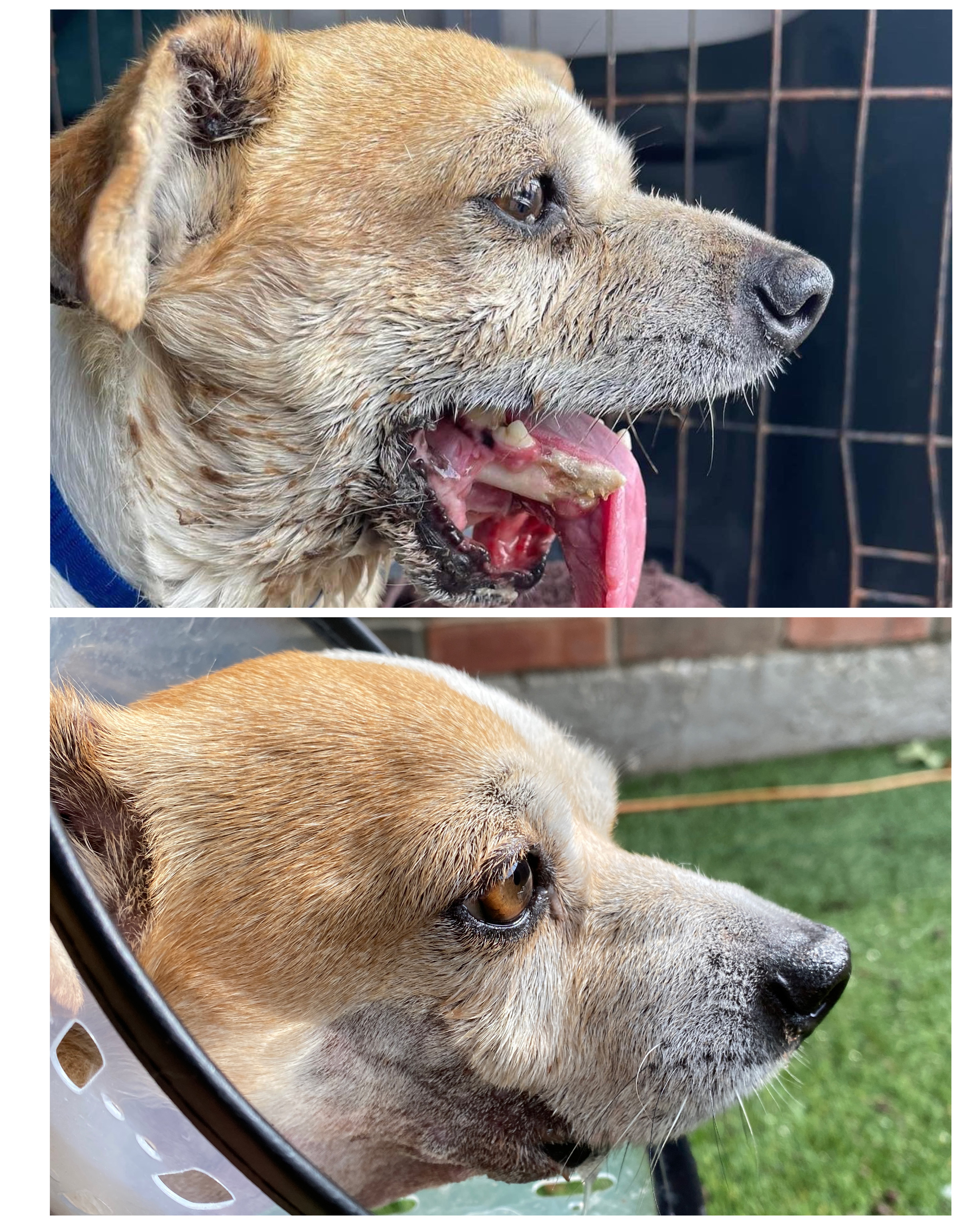 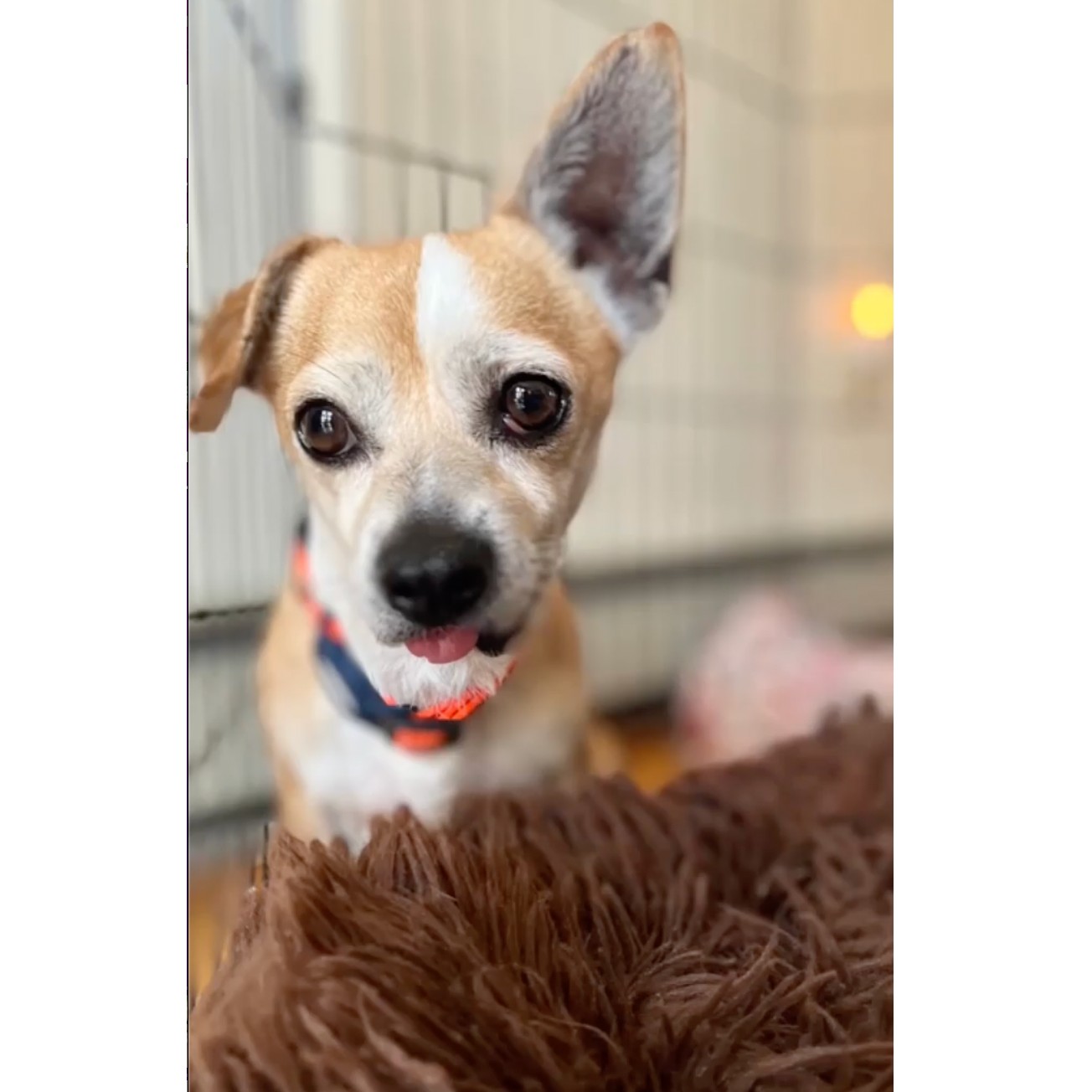 "For at least 3 days, this little guy was left to sit in the most unimaginable pain after being found with his jaw basically ripped off.

We first saw this precious boy Friday evening on a Facebook thread that was circulating like wildfire.  Everyone was trying to do their part to figure out how to get him to where he needed to be.  Being found in a rural part of texas on a Friday evening meant he was going to have to wait until Monday to get to a vet due to them being closed on weekends unless we could get him to us.    We were constantly checking the thread and by Saturday evening, he had still not seen a vet nor was transport figured out.  We couldn’t sit by and watch any longer so we decided to comment and offer to take him into our care.  Although he was 8 hours south of us the person networking him volunteered to drive him up. We were so thankful."...

What Johnny (John Doe) thought would be the end of his life, was just the beginning of his happily ever after. The pain he had to experience, the fear, and the uncertainty all ended when he landed in our lap.

We worked around the clock to nurse him back to health. Johnny alongside our team spent weeks trying to get the infection that was stealing his life, under control. We were unable to move forward with his reconstructive procedure until the infection was taken care of, and he was healthy enough to undergo anesthesia.

Finally, he was ready. You can see in the pictures above the "before and after" photos that we took, and WOW what a difference. He was a whole new pup, and his personality began to flourish and he healed and regained his strength.

As he continued to heal, he caught the eye of one of our previous adopters. She knew that she was meant to be Johnny's forever family, and she waited patiently until he was ready to adopt him. Now, he has a warm bed, a loving parent, and is far away from the terrors that plagued him just a few months ago.

This would NOT have happened without the amazing generosity and support of our community, without YOU. We were able to raise almost 90% of our financial goal, and you absolutely showered him with gifts and love. We cannot express enough how thankful we are, and we know that Johnny would tell you the same.

A huge thank you to CUDDLY for helping us spread the word, and getting Johnny's story out there for people to hear!