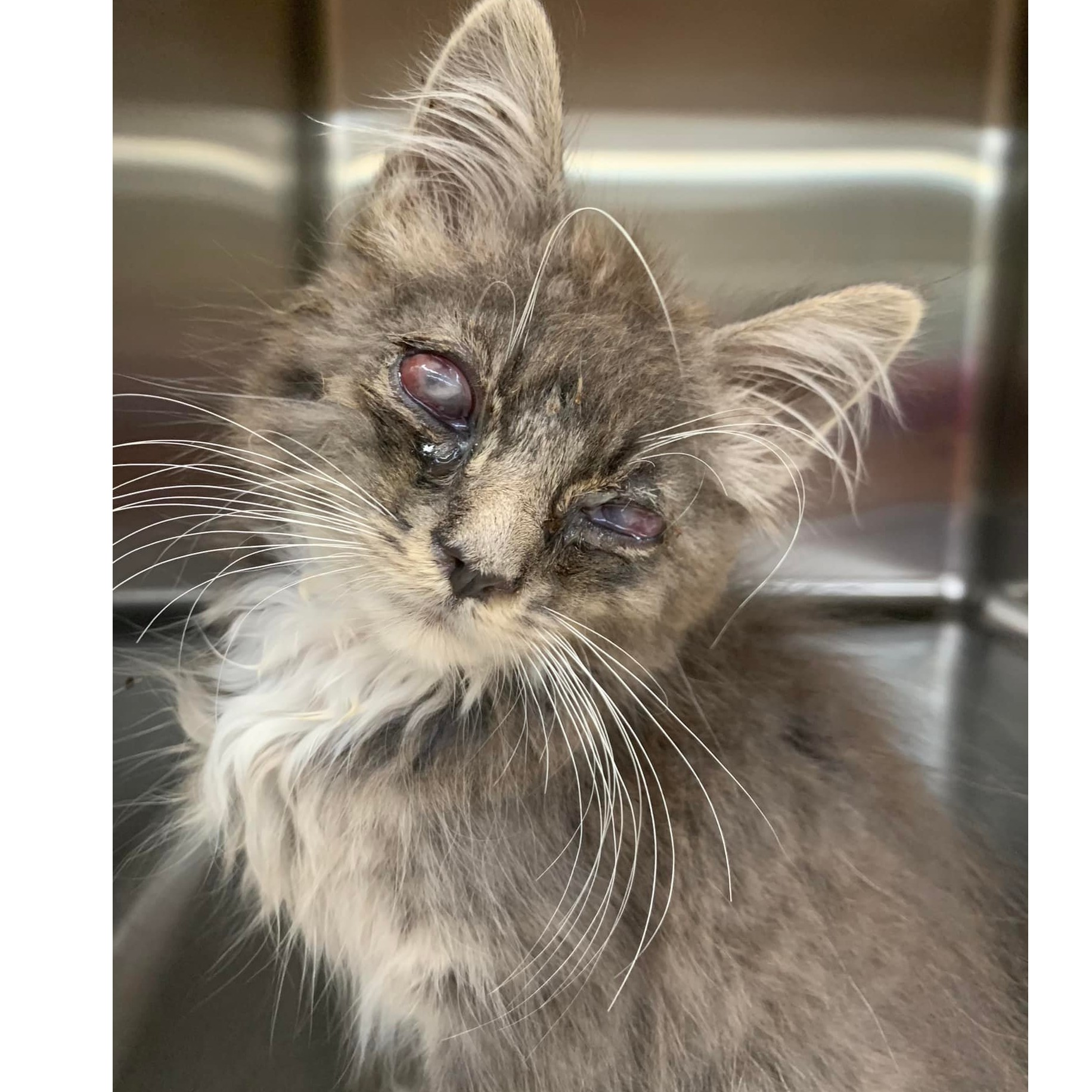 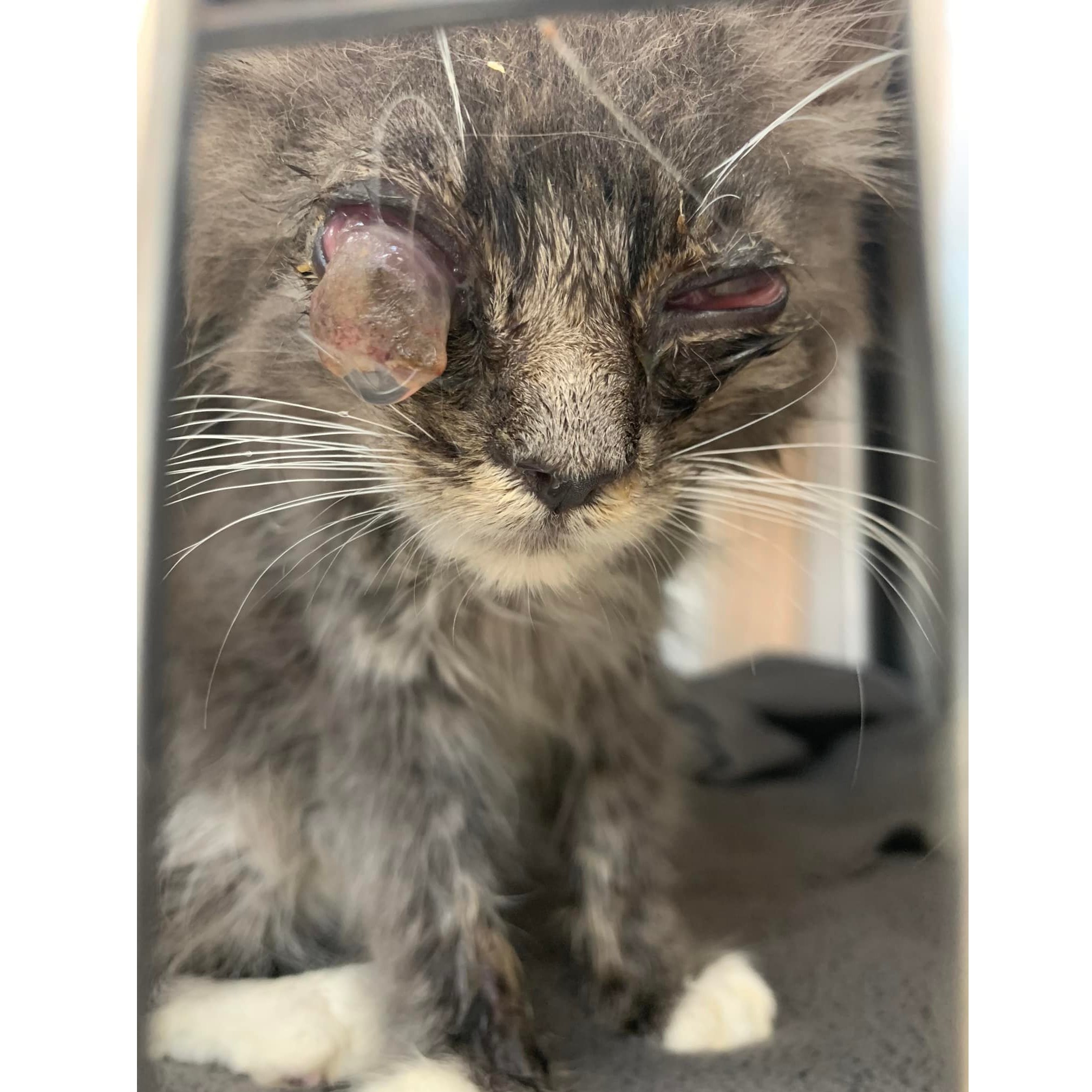 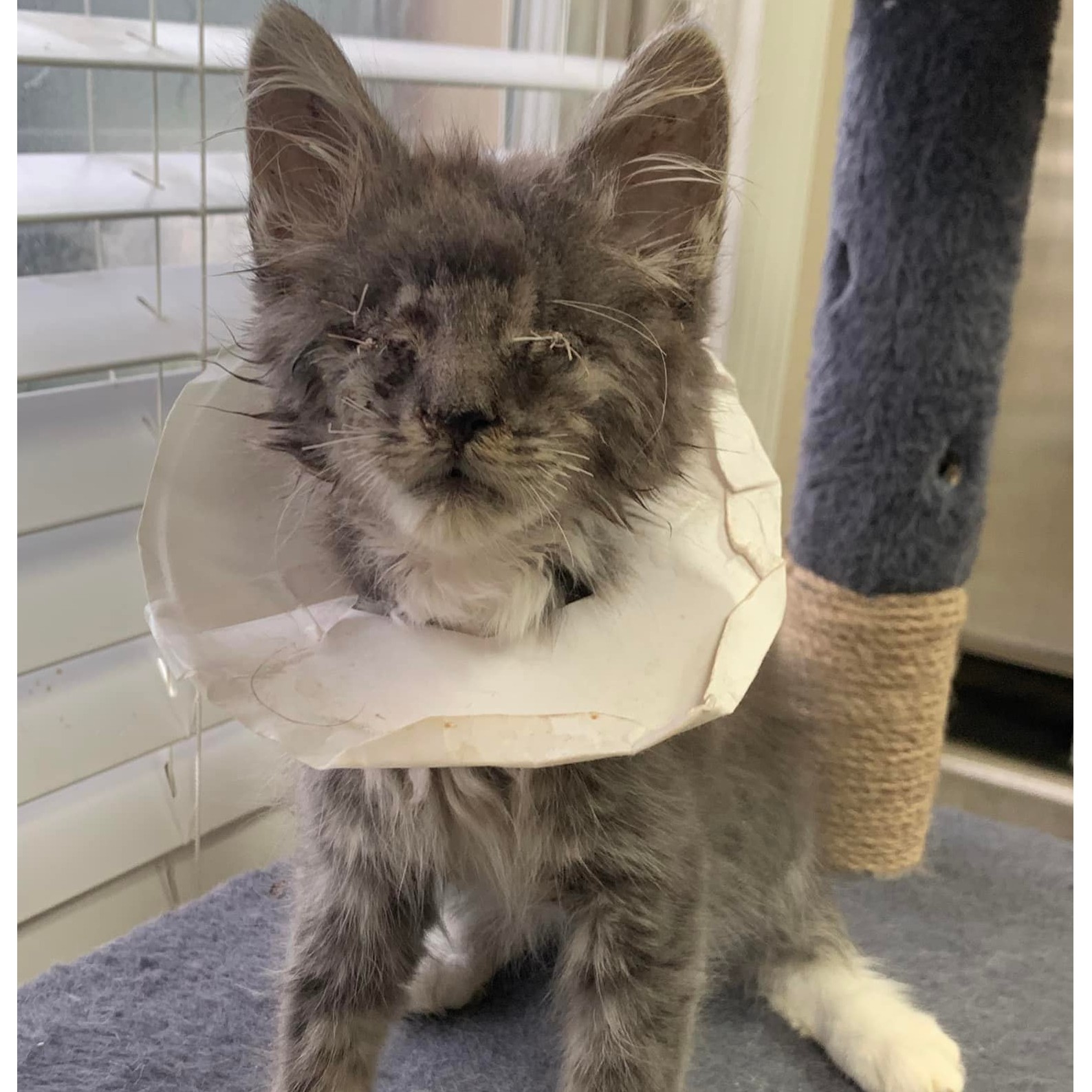 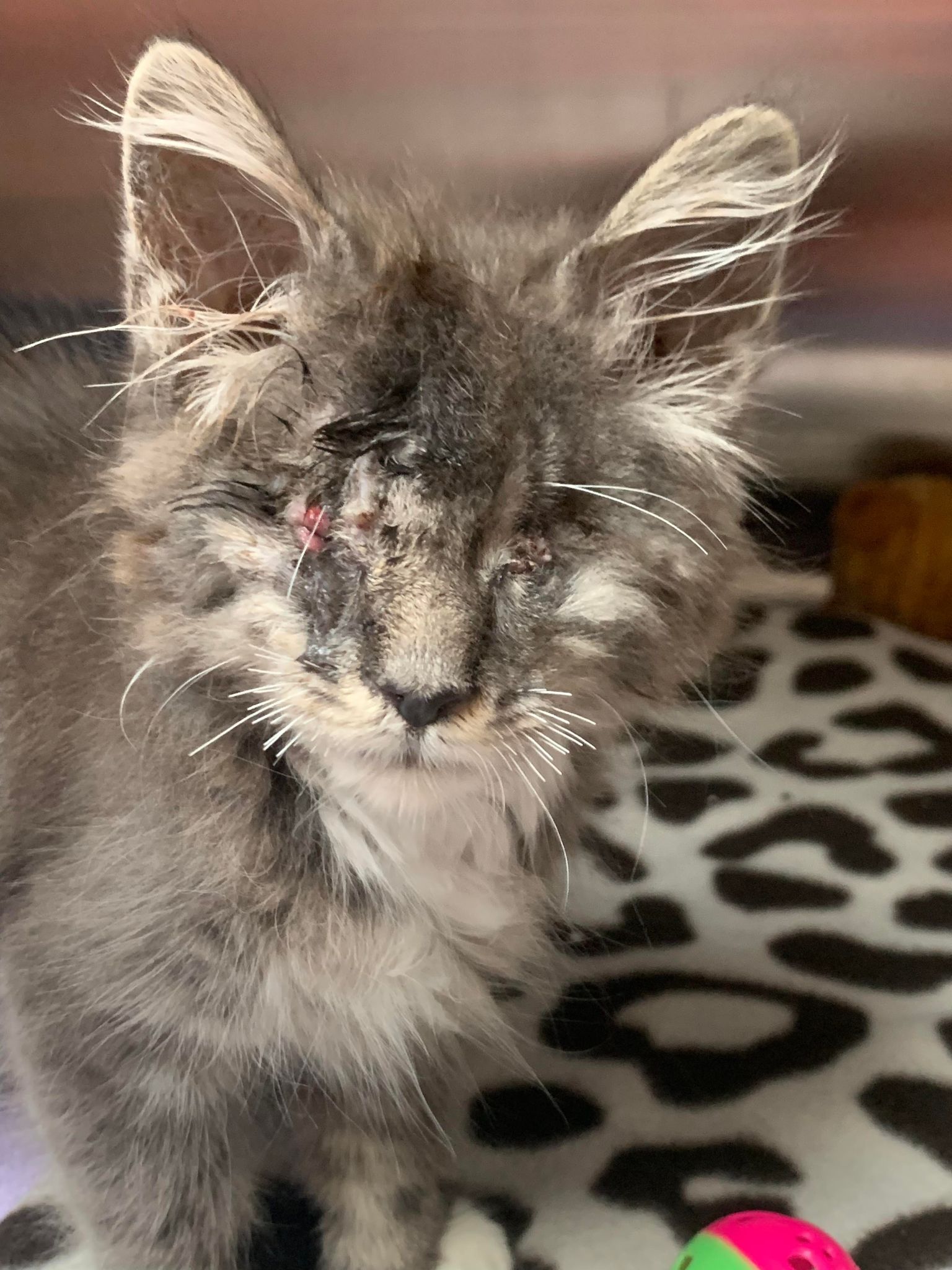 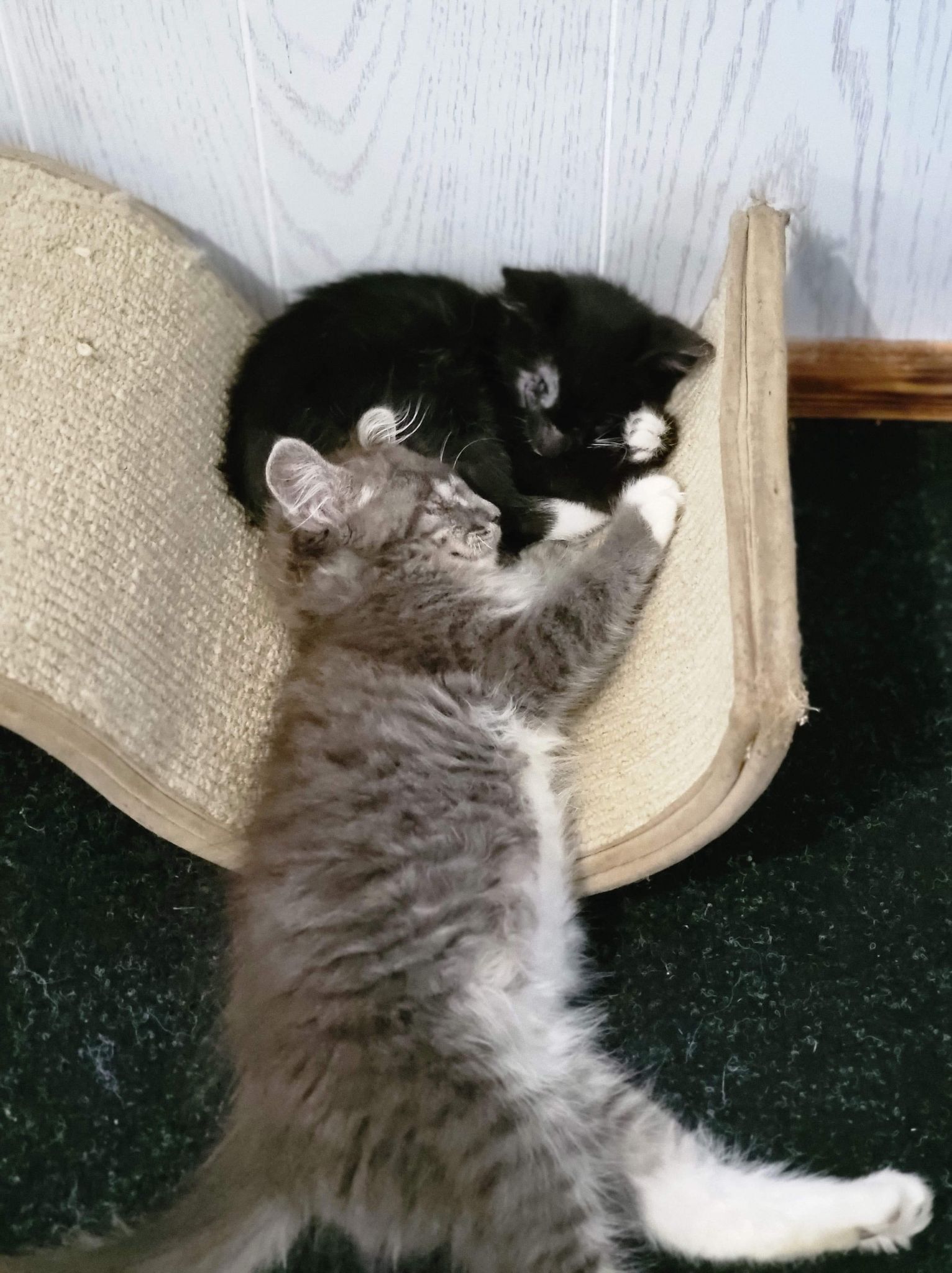 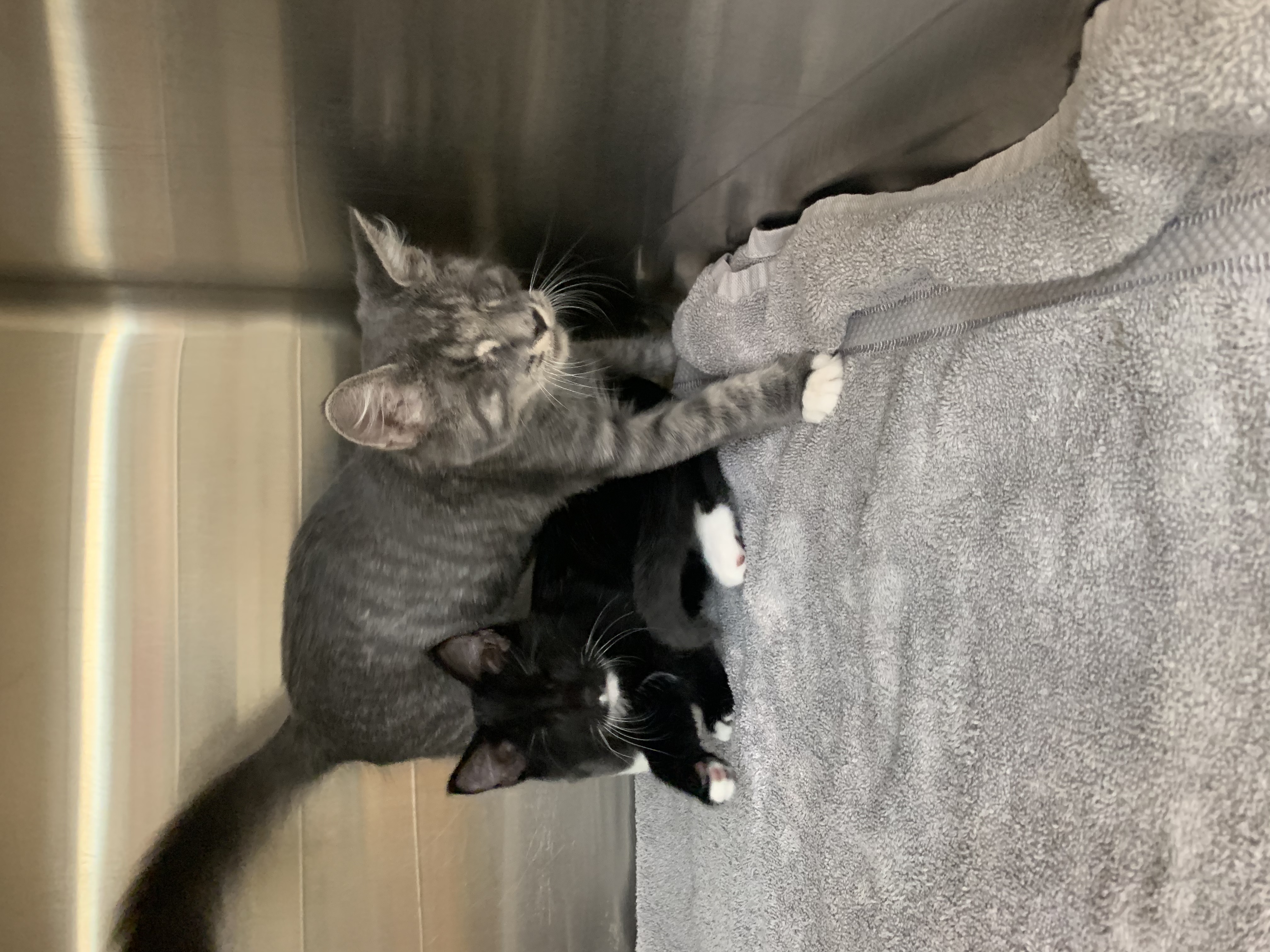 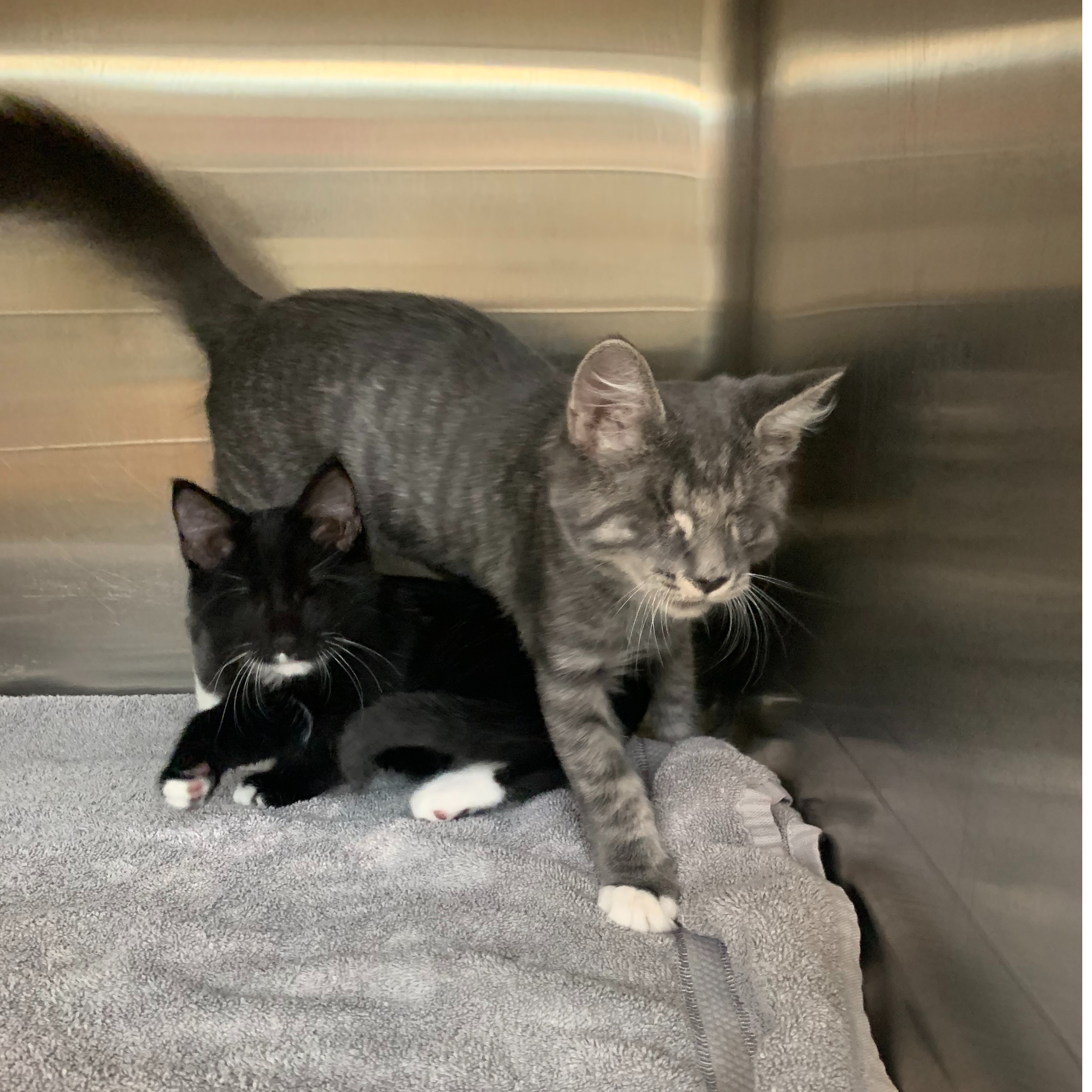 Most eight-week-old kittens are ready to be spayed and neutered and adopted into their forever homes, but poor little Lincoln wasn't as lucky. Instead of living his best life with a family, Lincoln nearly passed away after both of his eyes ruptured and he nearly drowned in a pool.

Little Lincoln doesn't normally like water, which is why his foster became concerned when Lincoln dove into the pool for a swim, ran out in a panic and dove back in again. Lincoln wasn't going for a leisurely swim, though.

Amongst a laundry list of additional ailments, poor Lincoln's eyes had both ruptured, causing him to run around in a panic and fall into the pool twice, nearly drowning both times. On top of that, Lincoln had a severe URI that had to be aggressively treated with antibiotics and supportive care.

Lincoln had both of his eyes surgically removed after the horrible incident and is now completely blind. Fortunately, sweet Lincoln is recovering well from his surgery and is proving to be a social butterfly--he's even bonded with one of our other blind kittens, Storm, and their friendship is adorable.

Amazingly, Lincoln was adopted into a loving forever home, but he isn't going alone; he'll be joined by his best friend and sightless companion, Storm! Together, the pair of bonded pals are living the dream in Florida with their fantastic new family, and couldn't be happier.

Of course, Lincoln's new life wouldn't have been possible without our generous supporters and awesome partners at CUDDLY who helped share Lincoln's remarkable story and made his life-saving eye surgery possible. From the bottom of our hearts, thank you for taking a chance on Lincoln and giving him the life he deserves.