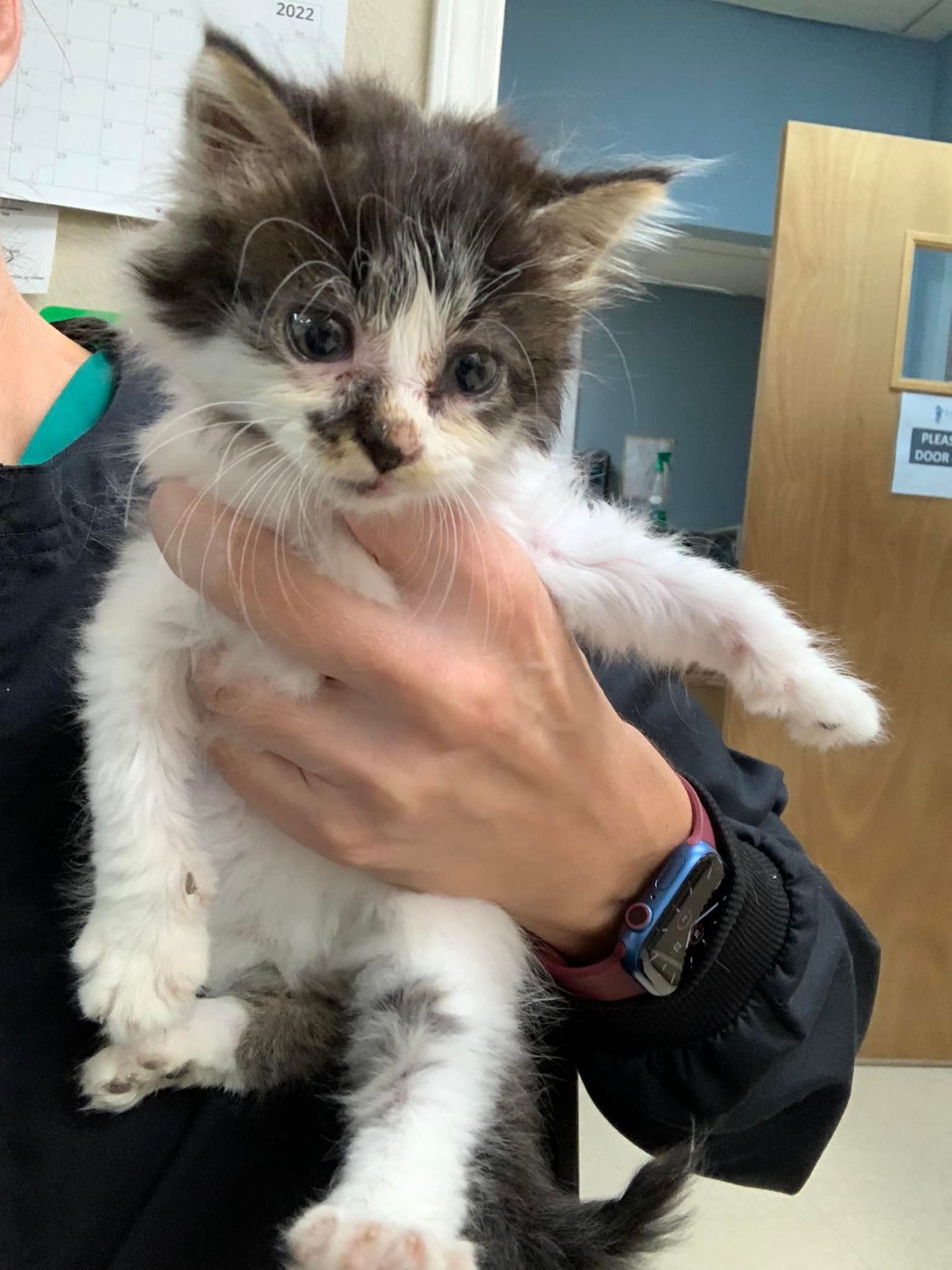 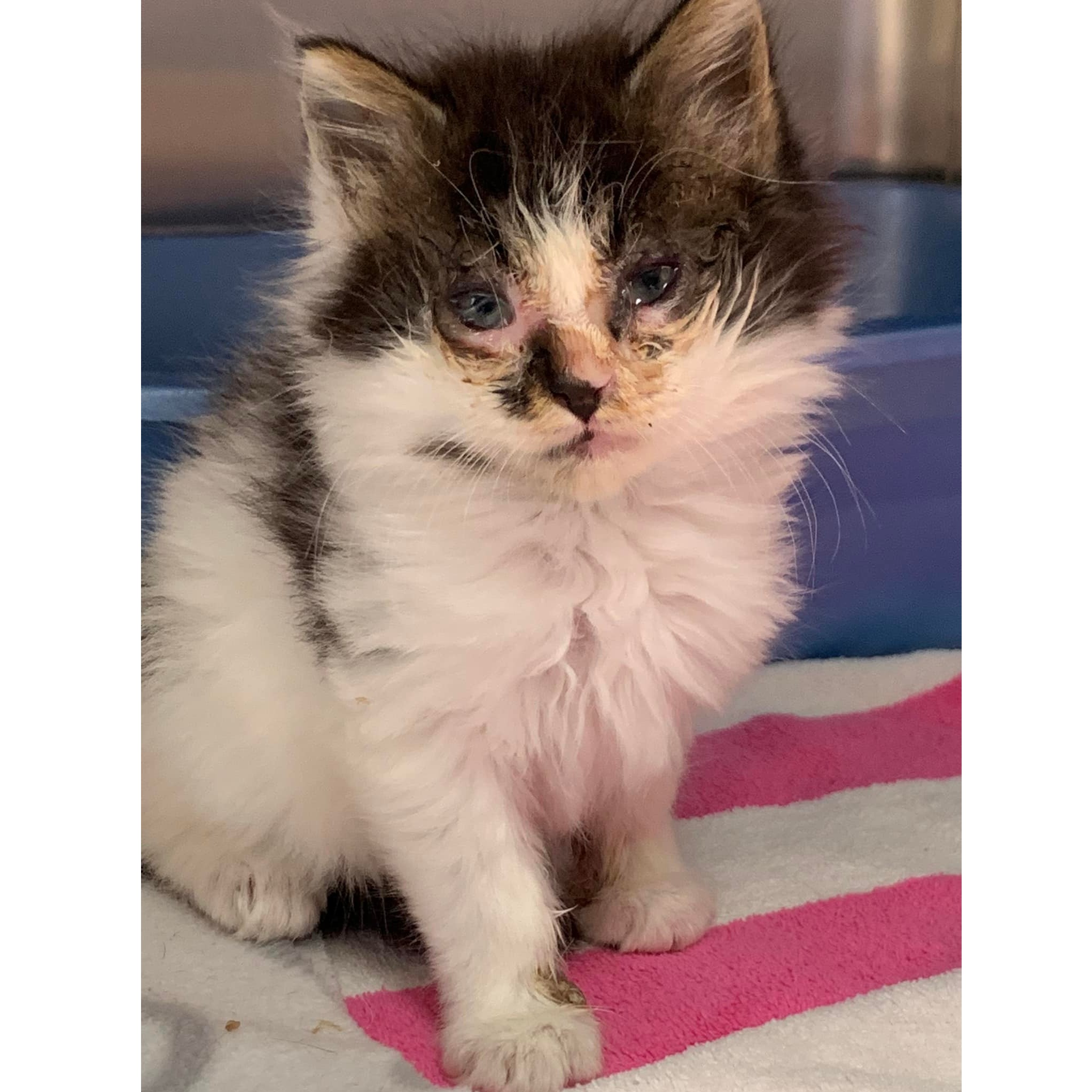 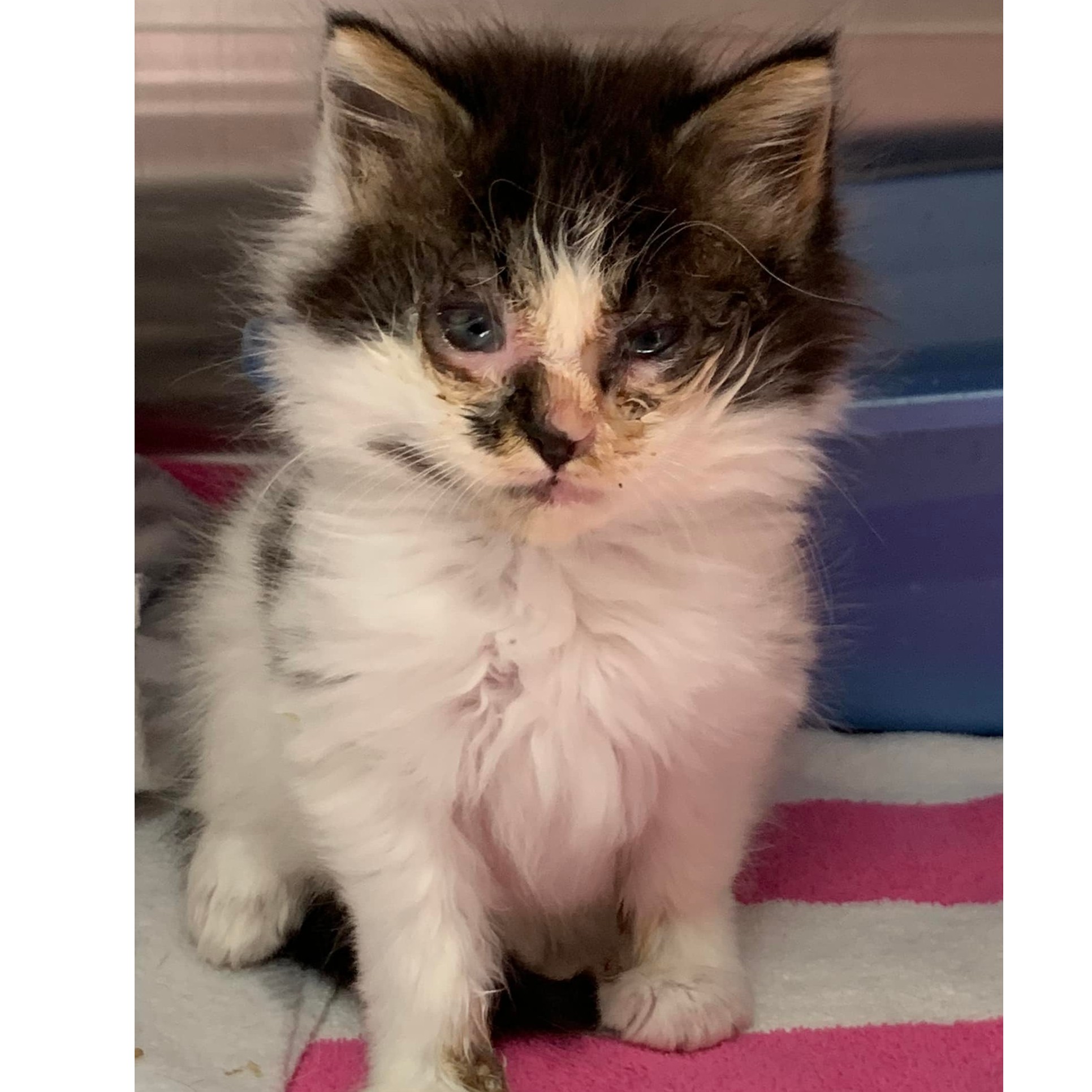 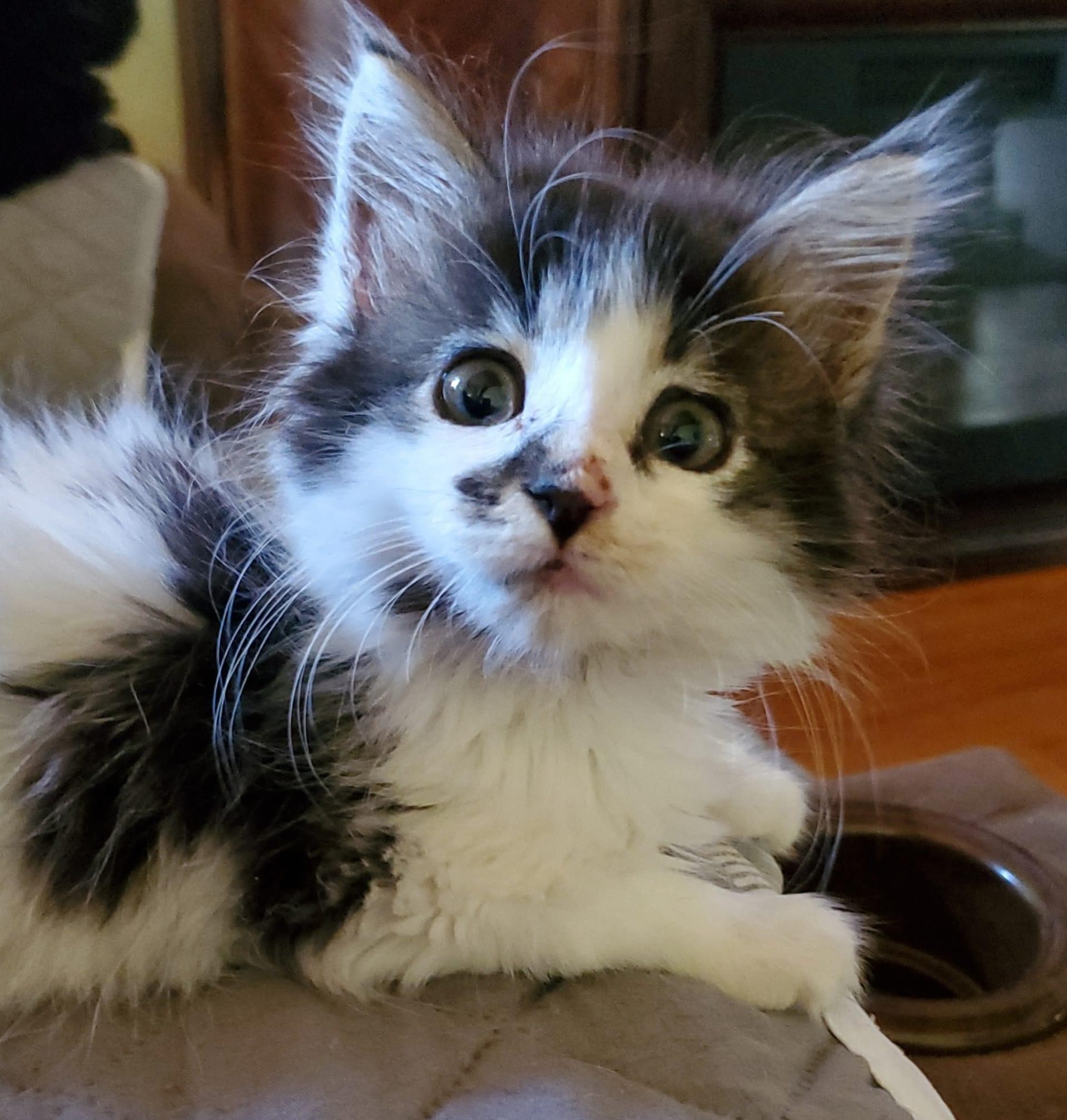 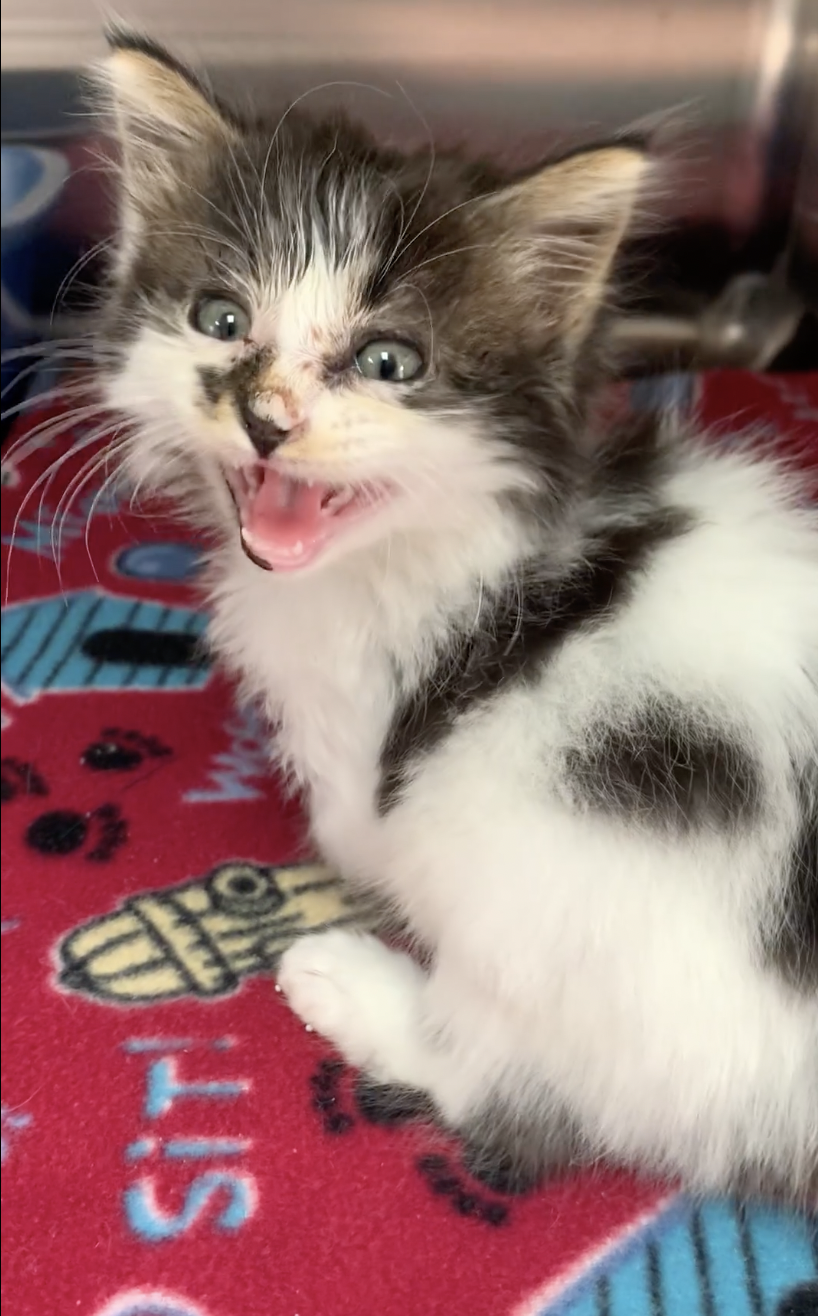 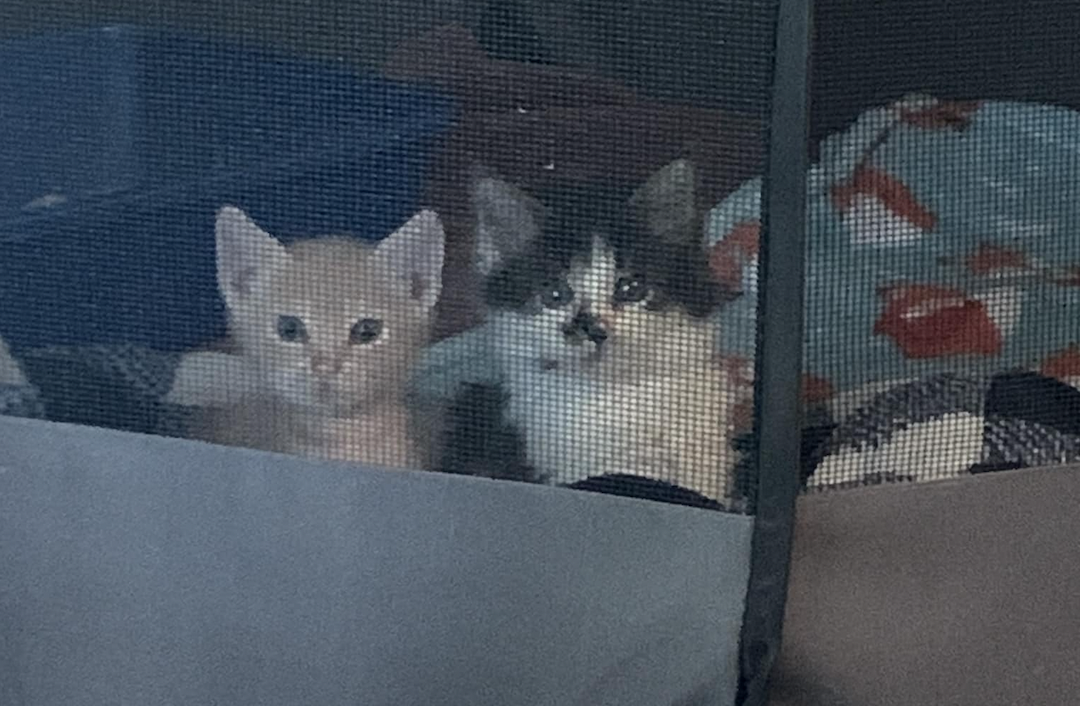 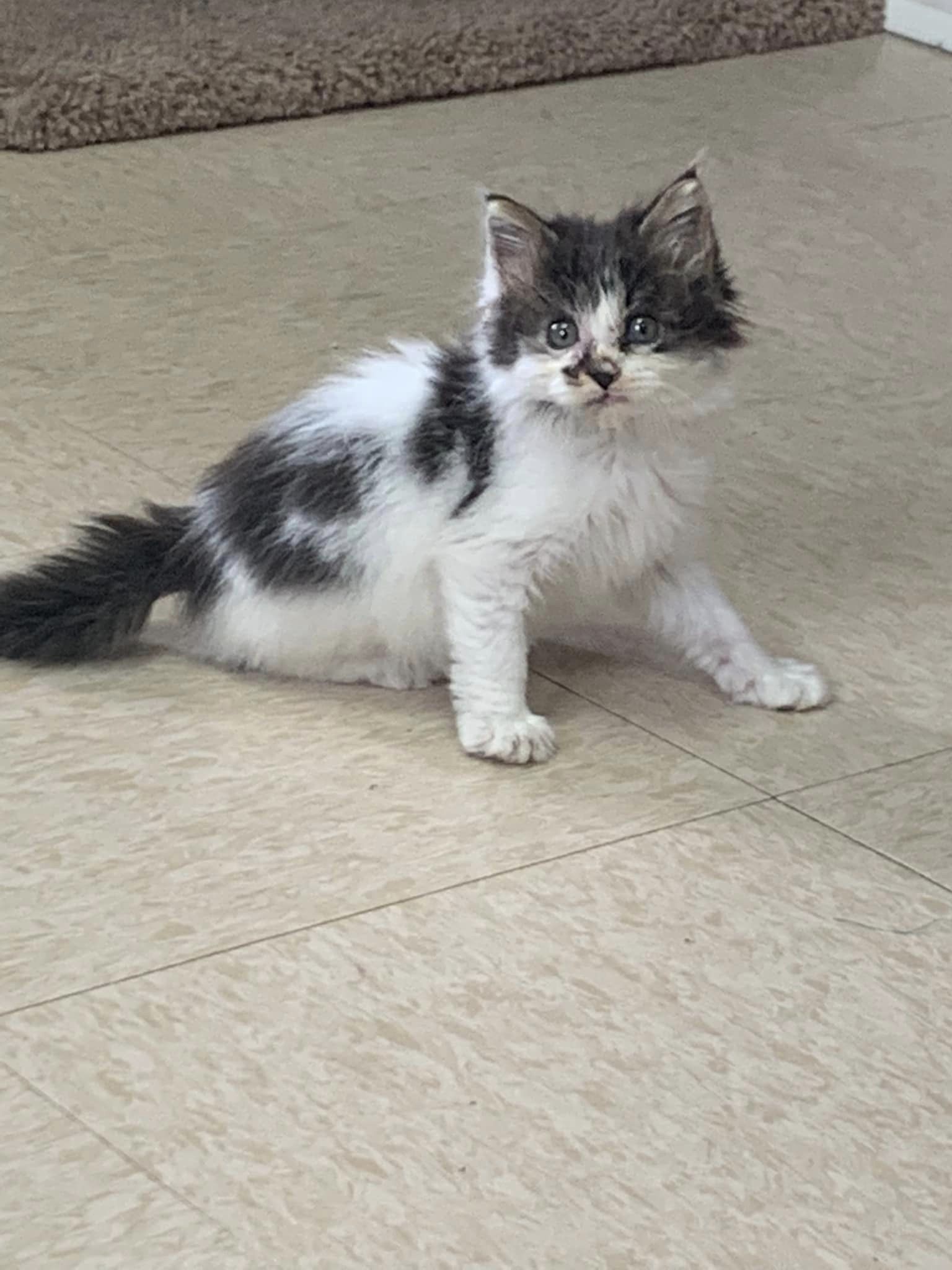 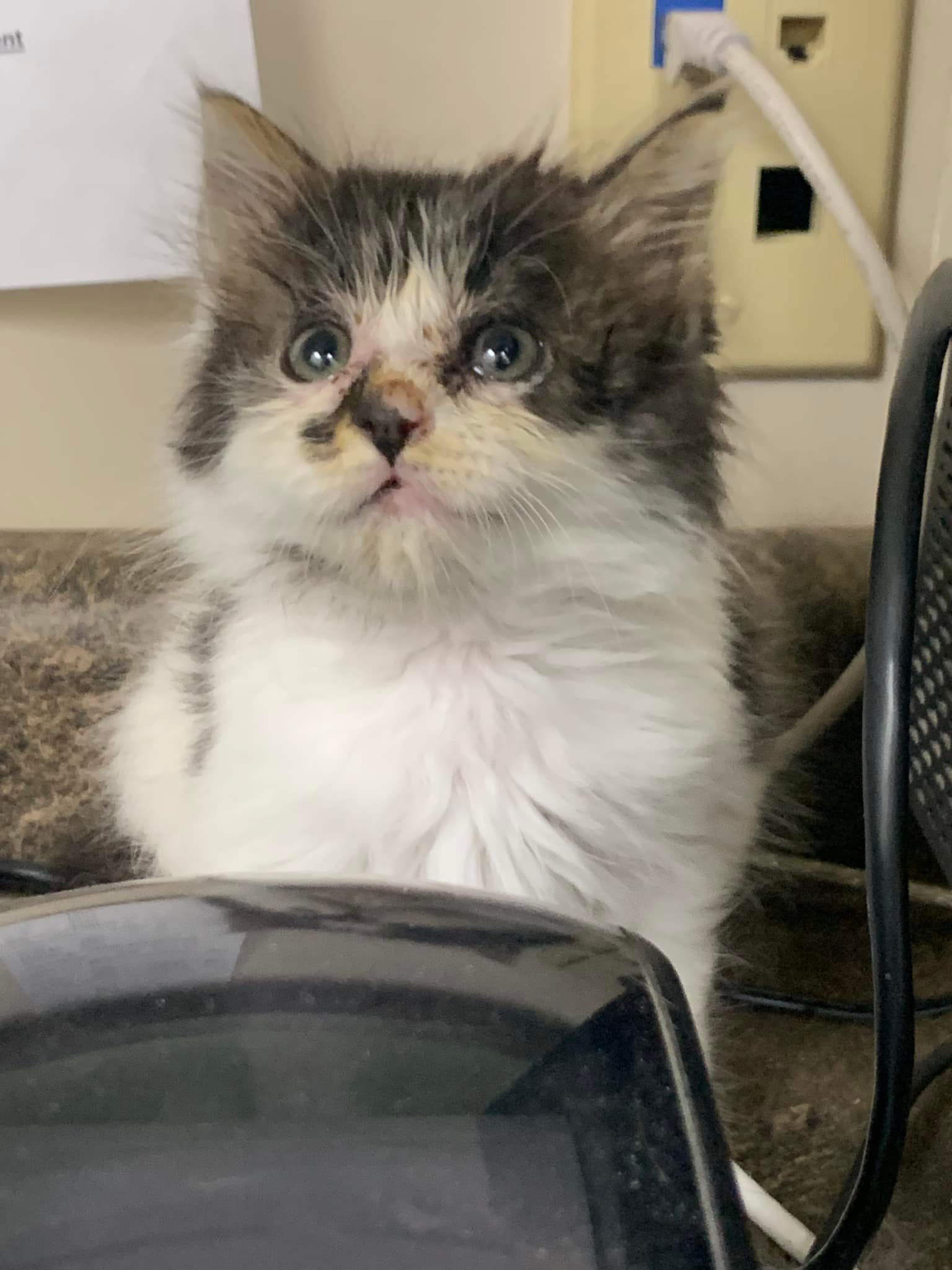 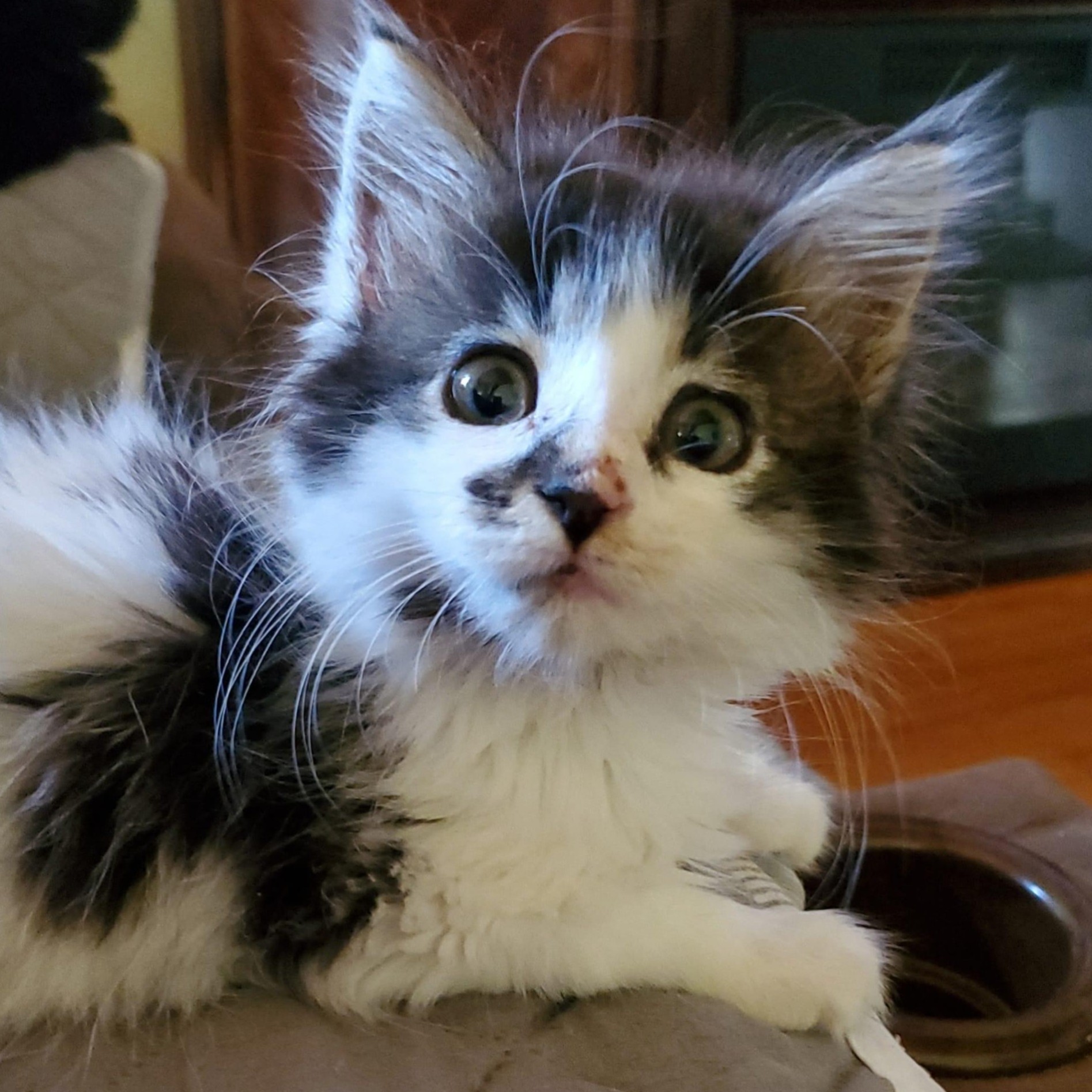 Sweet Teagan is the only survivor of his feral mother's seven kitten litter. Sadly, all six of her siblings were stillborn.

Since she was born as a stray, Teagan never received enough nutrition and would often cry out in hunger to our rescue volunteers. She barely weighed one pound and was unhealthily small for her age.

Thanks to the help of our amazing supporters, Teagan was able to receive critical veterinary care, including antibiotics, and has been growing stronger and happier each and every day.

Even though she's still a small girl, little Teagan is bursting with sass and personality. Her eyes are healing nicely after consistently receiving her medication.

Fortunately, Teagan is feeling so much better and is thriving in foster care!  Her favorite activities include slapping her food bowl when anyone comes near and terrorizing the other cats.   She is full of energy and will be ready for adoption soon!

Of course, Teagan's new life wouldn't have been possible without our generous supporters and awesome partners at CUDDLY who helped share Teagan's remarkable story and made her life-saving eye surgery possible. From the bottom of our hearts, thank you for taking a chance on Teagan and giving her the life she deserves.